by Deepika Chowdhury – Nutrition! I want to repeat that nutrition is the most important factor towards a great looking body. Because we are fitness enthusiasts, we need to know the ins and outs of sports nutrition.

but don’t know where to start? Do you feel confused reading tons of articles and each saying different things? Do you feel skeptical about starting a celebrity diet plan and spending tons of money on it?! Tired of the myriad of advice given to you by your friends and so-called experts?

Yep. There’s a ‘guru’ on every corner and on every social media page. Keyboard warriors dominate the internet space. Folks who have about as much experience with scientific research as fish do in climbing trees.

Imagine, if you knew what is the best choice of food items in your diet plan for your set goals? Imagine if you could decide yourself what, how much and when to eat. You could tweak your diet plan if it didn’t give expected results. Imagine you could confidently write your own diet plan and follow it with excitement and curiosity. Think of the happiness when you walk into a supplement shop and knew exactly what you need and should spend on.

Then you don’t just do it for yourself but also become able enough to help and guide others. Because what you know is being implemented on yourself and you can see the results. How to best achieve strength goals and aesthetic goals based on all your sports nutrition knowledge is certainly within your grasp. Won’t that make you feel beyond happy, confident and powerful? If you answered ‘yes,’ then go to the head of the class!

So what am I trying to say? EDUCATE YOURSELF. Train the brain! 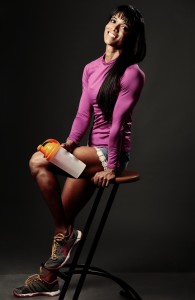 I have completed basic courses in the fitness category and read reputable sports nutrition journals. I prefer to read research papers more and more these days. Sports nutrition information changes faster than the blink of an eye. So you need to stay abreast of the latest cool information.

Now I am preparing to be part of THE BEST academic organization in the field of sports nutrition – The International Society of Sports Nutrition (ISSN). This is that one place where all the sports nutrition brains (and bodies I might add) congregate. This includes scientists, practitioners, entrepreneurs and students like me. I can’t wait to attend their conference next year in Clearwater Beach Florida for three days of mind-blowing exchange of knowledge. I am calling myself a student because I am studying for certification through ISSN.

Why did I choose the ISSN? The major reason is that it’s designed by the actual scientists who conduct original research in the field. So it’s like having first class source of knowledge!! They provide access to their website and journal where tons of research papers are available for study. The course is also not time bound. After reading the study material you can choose to take the exam whenever you wish. Now that fits my schedule without stress!

I will be extremely happy if you become my STUDY PARTNER and study with me through ISSN!! That way we can discuss our subject queries. Also it’s more fun to have a study partner. Email me if you wish to join me for the study.

NOTE TO ATHLETES: Nothing of what I have written suggests that you will not require a good coach for your goals. You can attain knowledge from your coach; but remember that the best coaches are ones who know what to do as well why it should be done. In order to know the ‘why,’ you need to know the science. That’s where the ISSN comes in. Nothing and no one can replace a good coach.

So let’s not just train the booty; you have to train your brain as well. 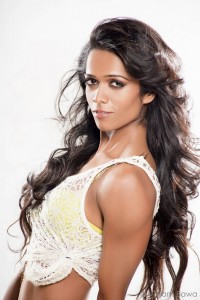 By Chantal Isabela Charo, Ph.D.  Creatine is one of the most popular ergogenic aids in sports nutrition, used by athletes, bodybuilders, the military or anyone participating in a physical activity involving short bursts of high intensity exercise.  One of the mechanisms in which creatine improves exercise capacity is via an increase in the stored phosphagens (e.g. ATP and PCr).   In the human body, creatine exists in both the free and phosphorylated form (phosphocreatine or PCr) and more than 95% is contained within skeletal muscle.  Creatine is mostly known as a performance enhancer in sports nutrition; however, it has become more evident that creatine plays a role in in the central nervous system which will be reviewed in this article.  Several studies have shown a similar pattern of impaired creatine metabolism in psychiatric patients with neurological diseases such as Huntington and Parkinson’s which lead scientists and clinicians to question the therapeutic role of creatine in treating and/or preventing mental illnesses. Although many of the molecular mechanisms are not well understood, exogenous creatine supplementation has been proposed and/or proven to improve the outcome of neurodegenerative diseases such as Alzheimer’s, Parkinson’s, ALS, and Huntington’s.  Although the detailed mechanisms of the creatine-induced neuroprotection for each disease is different, the basic overall hypothesis is that creatine supplementation is improves the overall bioenergetics and/or mitochondrial deficits associated with each particular neurodegenerative disease.  A study done by Watanabe’s group in 2002, showed that creatine supplementation improved mental concentration, memory and learning in normal healthy subjects and early stage Alzheimer’s Disease patients. 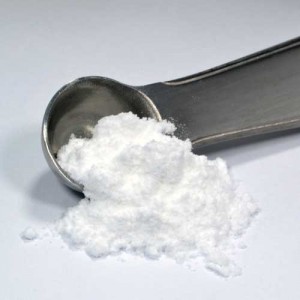 Another group, conducted a study on Lou Gehring patients (another neurological disease caused by the degeneration of neurons in the central nervous system), showed  that buffering cellular energy with exogenous creatine might have a neuroprotective effect (Hervias etal, 2006). Strong support for exogenous creatine supplementation to be an effective neuroprotective agent comes from studies done on Huntington Disease (characterized by abnormal “dance like” body movements and lack of muscular coordination) which may ultimately improve and/or extend the quality of life for individuals afflicted with HD. Studies showed improved motor performance, extended survival, attenuated the loss in body weight and brain weight, reduced neuron atrophy, upon creatine supplementation (Ferrante et al. 2000; Andreassen et al. 2001; Dedeoglu et al. 2003). Additionally, some studies have found an association between creatine metabolism and cognitive function in schizophrenia, generating much interest in the role creatine plays in the pathogenesis of the disorder. In addition to its neuroprotective roles, research suggests that creatine might not only enhance physical performance. there has been a significant amount of research done on creatine supplementation as an enhancer of cognitive performance and brain function. Another study by Watanabe’s group showed that creatine supplementation reduced mental fatigue (Watanabe et al.,2002). Interestingly, recent emphasis has been on the role of creatine supplementation and depression in women. Studies from the University of Utah, brain institute, have shown that patients who combine creatine with an antidepressant respond to their medications faster and better than patients who take antidepressants alone. The eight-week study included 52 women with depression taking the antidepressant Lexapro. Researchers observed dramatic improvements in women’s brain chemistry after combining only 5 grams of creatine with their daily doses of antidepressant medications.

For those who don’t respond well to antidepressants, creatine could become an inexpensive way to improve treatment outcomes. Furthermore, exogenous creatine was shown to improve working memory and intelligence scores in human subjects with diminished phosphocreatine levels due to limited meat intake (Rae et al., 2003).
Creatine supplementation has been generally regarded as safe and has been used for extended periods of times by athletes with few reported side effects. Creatine is a constituent of a normal diet of protein-based foods, such as milk, meat, and nuts. It is not considered an essential nutrient because the kidneys, liver, pancreas, and possibly brain cells are able to synthesize about half of the body’s requirements of creatine from the amino acids arginine, glycine, and methionine (Andres et al., 2008; Béard and Braissant, 2010; Wyss and Kaddurah-Daouk, 2000).

Bottom line – Creatine is not only good for your muscles, but it’s pretty darn good for the brain.

BIO  –  Dr. Chantal Charo is an Asst. Professor of Physiology, a Sports Nutritionist and a Medical Writer from Miami, FL.  Her research particularly focuses on undestanding hormonal imbalances and sugar metabolism in pancreatic diseases. Dr. Charo is also involved in

numerous clinical trial in her field and has most recently completed a trial on NSAIDs and pancreatic diseases. Chantal earned her Ph.Ds. in Biomedical Sciences and Cancer Biology from the prestigious University of Texas Houston and the UT MD Anderson Cancer Center. As a sports nutritionist Dr. Charo collaborated with leading supplement companies across the United States by researching ways to target insulin resistance and hormonal imbalance in women, as well as the Euthyroid Sick syndrome and the female athlete using functional nutrition and biomedicine. Chantal hosts a medical segment on a local daily talk show which aims at promoting awareness to women and combating health illiteracy. In support of her research, Chantal has received fellowships from National Cancer Institute, the National Institute of Health and more. She is a Fellow of the American Association of Cancer Researchers, the American Pancreatic Association and the American Breast Cancer Association, and was the recipient for many outstanding scientist awards. The link to Dr. Charo’s Sports and Functional Nutrition Clinic is www.facebook.com/sportsnutritionclinic