You know what’s elementary?  The science behind creatine supplementation. I’ve always found it puzzling that folks who are otherwise educated have convinced themselves 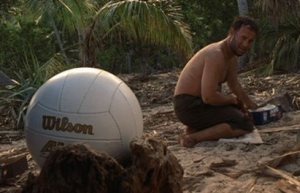 creatine supplementation is ineffectual and perhaps harmful or dangerous.  Creatine causes cramps, is bad for your kidneys, blah blah blah.  It reminds me of that inordinately vapid movie by Tom Hanks, “Cast Away.”  You know the one where he’s stuck on a deserted island after a crash landing.  He spends his time talking to himself and his soccer ball.  Now I can understand why he would be unaware of the benefits of creatine.  Have you been stuck on a deserted island?

Hence, if you have the attention span of a billy goat, at the very least read these 8 key points: 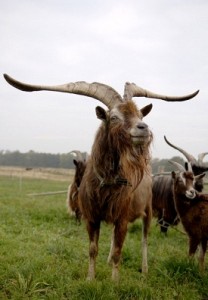 Life ultimately judges you from the neck up. Except for the delightful Kate Upton.  As I always tell my kids:  “The worst thing you can be in life is a dumbass.”  I recently watched with 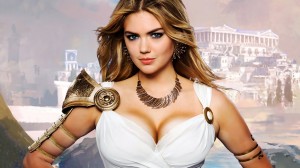 profound amusement as my teenage daughter found a ‘wrinkle’ on her face.  Made me wonder if she needs glasses.  Wait 40 years.  She’ll find out what real wrinkles look like.  Anyhow, the shelf life of your brain will far exceed your body.  Sure the pretty people rule the world from 18-29 years of age.  But after that, it’s all about the abacus in your cranium.  There are supplements worth taking that’ll put the oomph back in your IQ.  Yep, that’s right.  Smart is the new sexy.  Try these to start.  Might help, might not.  But once you try these, there’s one supplement that Donald Trumps them all.

Now those four supplements are nice and all.  But if you really want to be a mathlete and make mental mincemeat of your friends and foe alike, creatine may be what the doctor ordered.   You’ll find that magical supplement probably sitting next to your protein powder.  Oh shit, that sounds like something Dr. Oz would say.  Rewind.  The science on creatine is astounding.  Put it this way.  Compared to green coffee bean extract, creatine would be like driving a Ferrari.  Green coffee bean extract would be like riding a Big Wheel. 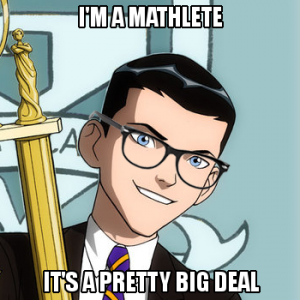 As a professor, I hear some of the silliest things regarding creatine.  Not to pick on the fairer sex, but come on, creatine supplementation won’t make you look like the bearded men of Duck Dynasty.  Heck, there are college guys who train harder than one-legged man in an ass-kickin’ contest, consume gobs and gobs of creatine, protein, beta-alanine, betaine, pizza, and beer.  And yet, they still look like the letter ‘i.’ There are plenty of college women who lament “I don’t want to get big and bulky; that’s why I don’t take creatine.”  And one of my favorites:  “Is creatine a steroid?”  Whiskey-Tango-Foxtrot.  Did you fall asleep in chemistry class?  There’s about as much chance of creatine being a steroid as a donkey winning the Nobel Prize for Medicine.  Though chances of winning the Nobel Peace Prize are 1:1. Either way, even if you don’t give a rat’s ass about gaining muscle mass, the BETTER reason to supplement with creatine is because of its profound effects on the brain.  Yeah.  That fat-filled organ sitting on top of your neck.

“Creatine is a critical component in maintaining cellular energy homeostasis, and its administration has been reported to be neuroprotective in a wide number of both acute and chronic experimental models of neurological disease. In the context of this chapter, we will review the experimental evidence for creatine supplementation as a neurotherapeutic strategy in patients with neurological disorders, including Huntington’s disease, Parkinson’s disease, amyotrophic lateral sclerosis, and Alzheimer’s disease, as well as in ischemic stroke, brain and spinal cord trauma, and epilepsy.”[5]

It makes sense that creatine is as important for your brain as it is for your muscles. 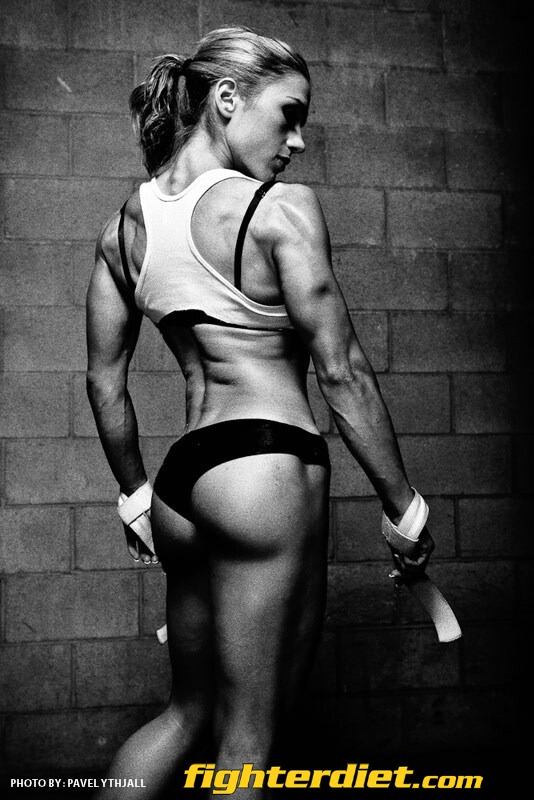 Creatine, when combined with phosphate forms phosphocreatine (PCr).  Why is this important?  PCr acts as a reserve of high-energy phosphate (i.e. fuel). Creatine supplementation influences brain functioning as shown by various studies that have taken snapshots of brain function.  In a rarity, scientists examined young women (most studies are on men) who were vegetarians and meat-eaters.  These women consumed 20 grams of creatine (or a placebo) for 5 days.  In vegetarians but not in the meat-eaters, creatine supplementation resulted in better memory.[6]  More proof.  A study of 45 vegetarians found that creatine supplementation enhanced memory and intelligence, both tasks that require speed of processing.[7] Remember that creatine is naturally found in fish and meat.  So all you tree-huggin’, Birkenstock-wearin’, soy protein-lovin’ vegans should supplement with creatine.  Even if you take creatine ethyl ester, which BTW is an inferior form of creatine [i.e. creatine monohydrate is better], it can help cognitive performance too.[8]  Creatine supplementation helps old folks remember stuff.[9]  So next time you’re with grandpa, make sure you slip some creatine in his Metamucil.[9]

I think one of the more fascinating roles of creatine is how it affects a sleep-deprived brain.  Sleep deprivation is something we all can relate to.  Whether it’s staying up late studying for exams (not me thank god), watching Monday Night Football 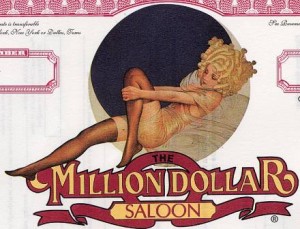 (on the East Coast), or hanging out at your favorite Gentlemen’s Club (or so I’ve heard from my fellow ISSN’ers), sleep often is in short supply.  So when you wake up the next day feeling like a Mack truck just played ping pong with your head, then you ought to reach for the creatine (after you reach for the java).  In fact, just taking 20 grams of creatine daily for 7 days is enough to lesson your sleep-deprived stupor.  Accordingly, scientists discovered that following 24 hours of sleep deprivation, creatine supplementation had a positive effect on mood state and tasks that place a heavy stress on the prefrontal cortex.[10]  The pre-frontal cortex is the part of the brain that is involved in abstract thinking and intricate analysis.  That’s a pretty important part of the brain.  Especially when deciding whether you should watch Game of Thrones or study for your Exercise Physiology midterm.  One reason why creatine may help your noggin is related to an increased oxygen utilization in the brain.[11]

If you compete in a sport that may result in potential head trauma (i.e. football, boxing, MMA, soccer [yes even ‘futbol’]), then for Pete’s sake, open up the tub of white powder and take it.  Check this out.  In a study of 39 children and adolescents (ages 1 to 18 years) with TBI or

traumatic brain injury, scientists discovered that creatine supplementation protected the brain.  Yes sir indeed. If you’re incredulous, here’s a direct quote from the study. “The administration of Cr to children and adolescents with TBI improved results in several parameters, including duration of post traumatic amnesia (PTA), duration of intubation, intensive care unit stay. Significant improvement was recorded in the categories of headache (p<0.001), dizziness (p=0.005) and fatigue (p<0.001), aspects in all patients. No side effects were seen due to Cr administration.”[12]  Let’s hope you read the fine print.  They gave creatine to kids as young as 1 years of age with no side effects.  And yet soccer moms and dads around the world are afraid that if their teenage son takes it, it might cause harm.

After I told Mike that folks are scared of creatine, he busted out laughing say “that sssit ith funny..”

Other intriguing studies have found that “creatine supplementation has the potential to improve neurofunction following neonatal brain damage” [13], can “rescue animals following brain damage,” [14] and may “reduce oxidative stress and afford neuroprotection” in an in vitro model.[15]

So there you have it.  Creatine does the brain good.  It’s really elementary.

BIO – Jose Antonio PhD is the CEO of the ISSN, www.theissn.org.  He has been regularly supplementing with creatine for a score and 4 years.  If he didn’t take creatine, he’d have the memory of an aardvark.