By Jose Antonio PhD FISSN – If you are/were a science major at a college or university, then you’ve been taught the ‘scientific method.’  Scientists are taught to parse things down to the smallest of details hoping to understand basic biological problems.  This might work for physicists, but it has severe limitations in the sports sciences.  Ultimately our field is one that needs to integrate everything from molecular biology to systems level physiology. In the study of Sports Sciences, folks get so bogged down in this reductionist approach that they often miss the forest for the trees. 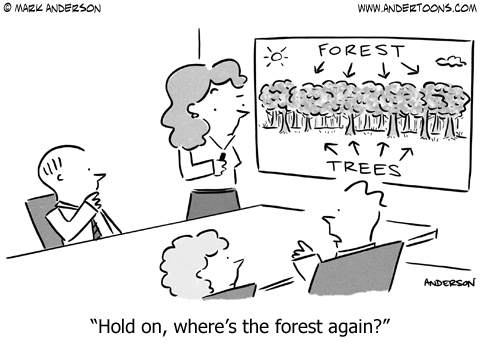 Anyhow, what am I getting at?  I’m getting at the fact that in order to conduct scientific studies on exercise training, you really do have to ‘miss the forest for the trees,’ figuratively speaking.  That’s the way science is set up.  However, after said studies are conducted, one should stand back and take a panoramic view, not a microscopic one.

What is the “Single Training Hypothesis?” – It’s the idea that in order to study or understand a particular training method, it is necessary to eliminate any or all other training methods.  For instance, the debate of whether weight training or aerobic exercise is ‘better’ for promoting weight loss (or whatever variable you wish to study) is achieved by having one group do one exercise at the exclusion of the other.  This makes sense if you want to study it scientifically.  But does it make sense in the world outside of the controlled settings of a scientific study? Read on my friends and you decide.

Which is the More Important Resistance-training Variable?  Volume or Intensity – Let’s look at load (i.e. weight) versus volume (i.e. total work done). That question was posed by Alegre et al. in a paper from Muscle and Nerve.[1]  “Load-controlled moderate and high-intensity resistance training programs provoke similar strength gains in young women” was the 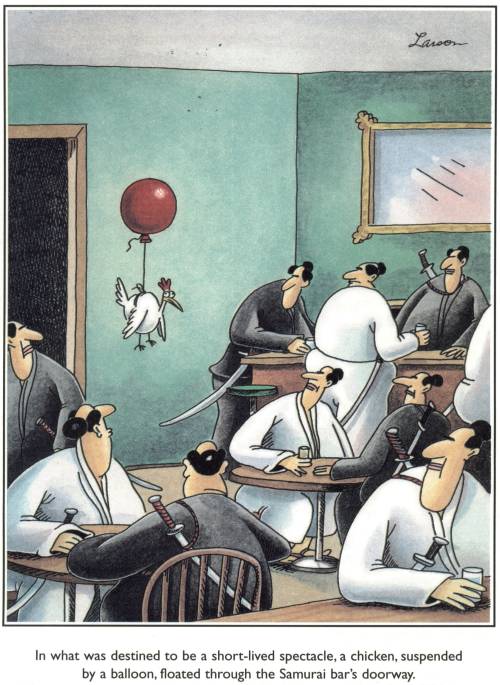 I put this cartoon here because the Far Side is damn funny.

title of the paper. The gist of the study was this.  Fifteen women underwent unilateral training (i.e. that means they trained one leg one way and the other leg a different way).  You might say that’s a fucked up way to train.  And guess what, you’re right.  Unless you’re a one-legged man. But on the flip side, because there is always a flip side, the unilateral training model is great because each subject serves as his/her own control. Science loves having things controlled. Kinda like that psycho girlfriend (or boyfriend) you had in college. Moving on. The paper stated the following: “One leg was trained at increasing intensity (intensity leg, 50–80% 1-repetition maximum [1-RM]), and training progression in the contralateral leg (volume leg, 50% 1-RM) was based on increasing training volumes.”  So there you have it.  Lifting heavier weights versus doing more volume.

So abracadabra, what happened? “Both training programs induced significant, yet comparable increases in muscle size (Intensity leg: +4.6–12%, volume leg: +3.1–11%) and strength (Intensity leg: +10–16%, volume leg: +10–14%). Conclusions: Training at lower than commonly suggested intensities may be an equally effective alternative form of RT (resistance training). Factors other than training intensity, such as the total mechanical work during training, may strongly affect the training response.”

Here’s my two cents. From a pragmatic standpoint, it doesn’t matter if volume is better, if intensity is better or if they’re the same. It doesn’t.  Here’s why.  But before I get to the ‘why,’ let me first convey to you that any training study performed on untrained subjects is about as useful as bringing a Samurai sword to a gun fight.  Untrained people will pretty much respond quite well to any form of training. 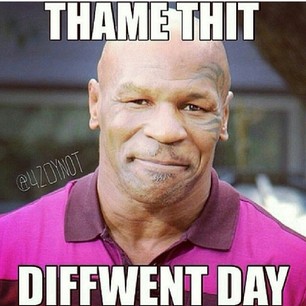 How can you not love Mike Tyson?!

Now getting back to my point.  Here’s why the debate of volume vs intensity is silly.  Nobody in their right mind is going to train just one way or the other. Nobody. Even the most pedestrian of strength coaches or personal trainers are going to provide a variety of training stimuli in order to help you achieve a particular goal.  He/she will make alterations in both training volume and intensity.  Besides, if you trained the same way for weeks, you’d be bored shitless. Ask Mike. A erudite strength coach will not only make alterations in volume and intensity but also exercise selection, exercise order, rest intervals, training frequency, exercise speed (which is related to load), blah blah blah.  The attempt to isolate one versus the others, with the goal of determining which is more important, is great for the lab but may not work in the field.

It makes absolutely no sense to prescribe an exercise program that completely eliminates a specific aspect of training. Imagine a study of NFL football players in which one group does weight training only whereas another group does SAQ (speed-agility-quickness) training only to see which type of training is ‘better’ or more important. It’s an absurd question.  Why?  Because you want football players to do both.  Even if you found that one was ‘better’ than the other, it doesn’t matter.  You do both.  Trying to create an artificial hierarchy of variables that are most effective to least effective is like building a house made of chopsticks.

This reminds me of a previous blog I had written (http://www.theissnscoop.com/1-vs-3-vs-5-vs-100-sets/ ) that examined a study comparing the dose response of 1, 3, or 5 sets of weight training over a 6-month training cycle.  Who the heck would ever tell an athlete to train the same stinkin’ way for 6 months?  Six months! This also harkens back to the HIIT vs SSC 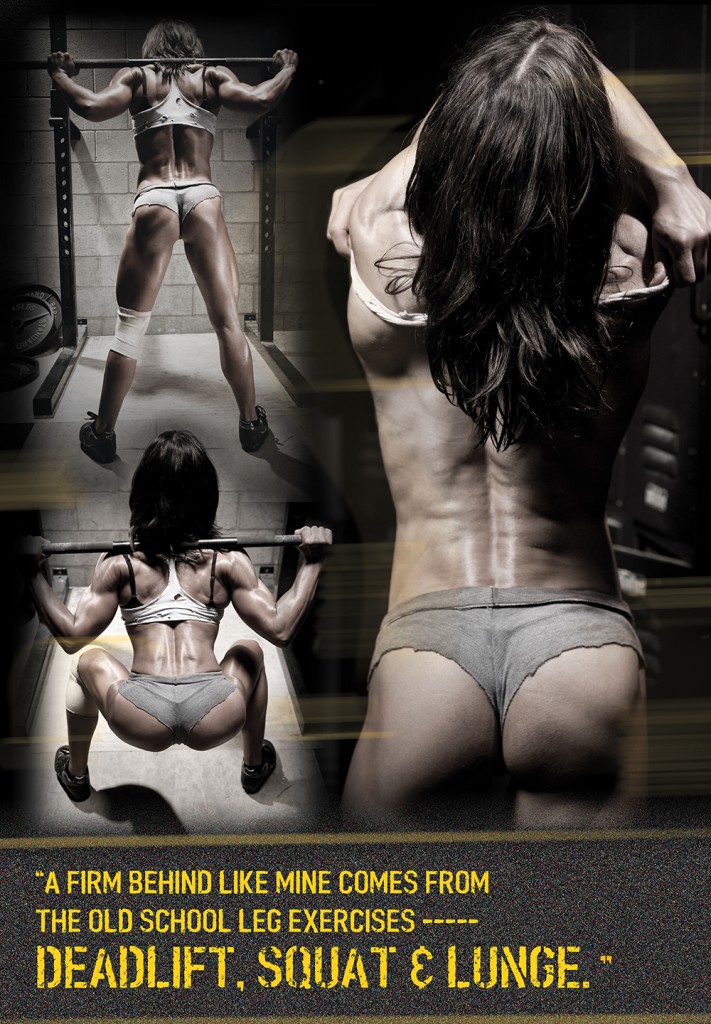 (steady state cardio) debate.  That is, which is better if your primary goal is to lose body fat?  That’s not the right question. The better question is what combination of the two is best to achieve that goal (or any other goal). Here’s the kicker.  The published data does suggest that HIIT is better than SSC when it comes to promoting adaptations of the cardiorespiratory system.  Yes, it is better particularly when you compare it on a temporal basis (i.e. the minutes spent doing HIIT is less than SSC).  However, the flip side (because there is always a flip side) is that you can’t properly do HIIT training all the time.  You’d end up chronically tired, overtrained and feeling like you stepped in cow shit.  Come on. You know what that feels like. We’ve all been to a farm. Or if your childhood sucked, at least you went to a petting zoo.  And we’ve all experienced that sensation of “aww shit…I stepped in cow shit” feeling. 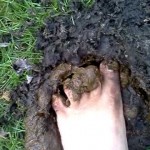 So what’s the solution?  You should do both HIIT and SSC.  In fact, elite endurance athletes of all types (e.g. running, cycling, swimming, rowing etc) typically perform low intensity to high intensity training at a ratio of 80:20 http://www.sportsci.org/2009/ss.htm .  There are no elite athletes that do predominantly HIIT training.  How did coaches come up with an 80:20 ratio?  Trial and error.  And it works at the highest level of competition.

The Challenge of Interpreting Science – The challenge with science of integrative physiology is that once you exercise train a human (or heck, your dog, horse or cat for that matter), it changes the organism.  The exercise training program that you give to the 250 pound fat guy is much different than what you give to a world-class Olympic weight lifter or world-class 1500 meter runner.  For that matter, the exercise program you give the previously 250 pound fat guy is different after he’s trained for six months, a year, two years, etc.  Each time a person adapts to a particular training stimulus, you have to then adjust the stimulus.  Studies that isolate one variable with the hope of finding which variable(s) is most important is a Pyrrhic victory of sorts.  True, they’re scientific in the strictest sense.  But in the field of sports sciences, it’s virtually impossible to isolate a single training variable and say ‘Aha! That’s the secret.’  Or if you’re in China, you’d say “Ahhh…ancient Chinese secret!”

So should we ignore the published science of training?  Of course not.  You should take what you learn from science and marry it to what you learn by trial and error.  Let’s face it. 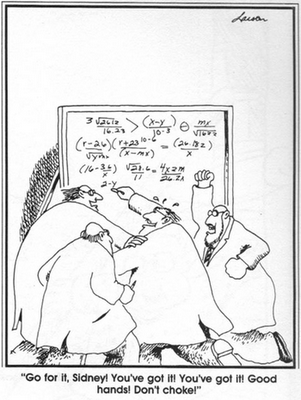 Strength coaches who have been in the business for decades aren’t prescribing programs that don’t work.  Moreover, be cognizant of the limitations of training studies. These kinds of studies will at the very least provide insight as to the biological mechanisms governing the adaptive response to exercise.  And that’s important.  It’s the difference between a good personal trainer or strength coach and an awesome one.  Anyone can Google a training program on the net and ‘prescribe’ it your clients. In that case, you’re no better than a parrot that regurgitates what someone has told them time and time again.  However, if you want to be great, then make an effort to UNDERSTAND the underlying biological mechanisms.  Don’t be a parrot.  The great trainers and coaches learn both the HOW and the WHY of training.  Of course if you’re a dumbass then stick to the HOW.  But if you’ve got neurons that are firing on all cylinders, then read the science.  The purpose of learning these studies isn’t to make you a better scientist, it’s to make you a better trainer, coach or athlete.

Science is like putting together a puzzle that will always have missing pieces.  The challenge is that every time you add a piece to the puzzle, the puzzle itself changes a little bit.  Thus, the creative strength coach or personal trainer will make daily, weekly, and monthly adjustments to your training.  Why?  Because your body (or your client’s body) is changing with each training stress imposed.

So which is more important resistance-training variable?  Volume or intensity? If you answered both, go to the head of the class.

A Study That Is Pertinent to Couch Potatoes

BIO – Jose Antonio PhD earned his PhD at the University of Texas Southwestern Medical Center. If you like his satirical view of exercise and nutrition science, follow him on Twitter @JoseAntonioPhD and Instagram @the_issn 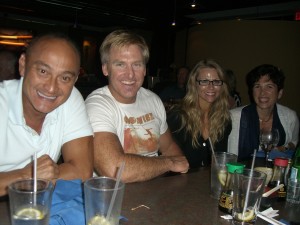