By Jose Antonio PhD FISSN FNSCA CSCS.  A few weeks back, one of my students asked me about a recent meta-analysis published in the Journal of the International Society of Sports Nutrition.  It was a well-written piece authored primarily by Brad Schoenfeld who is perhaps better known for his Lookgreatnaked.com website.  I mean who wouldn’t want to look frickin’ great naked, right?  Like the old Seinfeld comedy TV show demonstrated so poignantly, there’s ‘good naked’ and ‘bad naked.’  I’m a big fan of ‘good naked.’  Anyhow, the student posited the following:  “I read that nutrient timing doesn’t work according to that study published in the JISSN.”  JISSN is aka the Journal of the International Society of Sports Nutrition.  It’s an awesome scientific journal.  Besides, I’m the Editor in Chief.  And that’s reason enough to read it.

Anyhow, getting back to my student’s query.  So much to learn, so little time.  Without delving into the minutae of different types of studies, I replied “that was a meta-analysis, not an original investigation.”  Mainstream journalists don’t realize that a meta-analysis does not provide new data.  It is merely a statistical analysis of existing data.  This is a huge difference.  The gold standard of scientific inquriy is the randomized controlled trial.   Either way.  This Millennial generation seems to believe everything they read; until of course they read something contrary.  No wonder they can’t make up their minds. 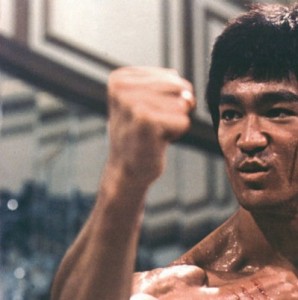 So what gives?  What’s the devil in the details?  First, to summarize that meta-analysis, it stated in essence: “These results refute the commonly held belief that the timing of protein intake in and around a training session is critical to muscular adaptations and indicate that consuming adequate protein in combination with resistance exercise is the key factor for maximizing muscle protein accretion.[1]  In English, that means that protein timing is of no benefit and that the key factor is total protein intake.  Interestingly, in their Discussion, it is also stated that they “must acknowledge the possibility that protein timing was in fact responsible for producing a positive effect and that the associated increase in protein intake is merely coincidental.”  It makes sense that both timing and total protein intake are important.

Take the hypothetical scenario of a 180 pound man who consumes 180 grams of protein daily (to meet his athletic needs etc).  Would consuming all 180 grams at breakfast be as effective as spreading it out over 6 meals (30 grams every 3 hours)?  Uh hell no. What fool would eat like that? So when you eat (i.e. timing) is a critical factor.

Please note the distinction between protein timing with the sole purpose of promoting skeletal muscle hypertrophy and nutrient timing, which encompasses a variety of strategies that are related to performance and recovery.  I’ll get to what constitutes nutrient timing later.  But first let me shed some light on the issue of protein timing specifically. 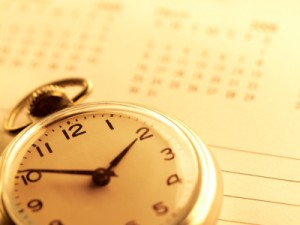 In reality, there are only two studies, using resistance-trained subjects, whose protein intake was sufficiently high (1.8-1.9 g per kg per day) and matched, that employed a ‘protein timing’ strategy.  Please note however that most studies, for reasons that are too detailed to be covered here, typically compared protein to carbohydrate.  Those studies are quite important for historical reasons.  One day I’ll explain why over some beer and sushi.

Nevertheless, these two ‘protein timing’ studies were done by Paul Cribb PhD FISSN and Jay Hoffman PhD FISSN, respectively.  These were ‘apples to apples’ comparisons.  Not aardvark to orangutan comparisons (which in reality is most of what is called ‘protein timing’).  The Cribb study did indeed show a significant effect of immediate PRE and POST training supplementation working quite well (i.e. increased lean body mass and type IIA and IIX muscle fiber cross-sectional areas) in comparison to a Morning and Evening consumption strategy.  So in this case, timing matters.  Dr. Cribb concluded that “supplement timing represents a simple but effective strategy that enhances the adaptations desired from RE-training.[2]”  On the other hand, Dr. Hoffman basically replicated this study design and found that the “time of protein-supplement ingestion in resistance-trained athletes during a 10-wk training program does not provide any added benefit to strength, power, or body-composition changes.[3]”  So it either helps or has no effect, right? If you answered yes, you get 5 extra credit points on your final exam.

A simple maxim that I teach my students to follow vis a vis sports nutrition strategies is as follows:  “If it helps or has a neutral effect, try it.” Or better yet, do it.  So if you go beyond the mere dotting of i’s and crossing of t’s, you’d ask yourself the following questions.  1)  Is there any advantage to NOT utilizing a protein timing strategy?  Answer: No.  2) Is there a potential benefit to using a protein timing strategy? If you answered ‘yes,’ then go to the head of the class.  There is no downside to protein timing as a strategy.  In fact, take the common scenario of eating every three hours.  Let’s say meal 1, 2, and 3 are at 6am, 9am and 12noon.  Then you train at 3pm-4pm.  Wouldn’t it make sense to consume a protein-containing meal immediately after training?  That would make your fourth meal of the day consumed at 4pm.  Not quite every three hours.  However imagine waiting four hours post-training?  Why on Earth would anyone do that?  Hence, follow my advice and consume your meal immediately post-training at 4pm.  Then eat your regular dinner (i.e. meal #5) around 6-7pm.  Then around 9-10pm, have another small casein-based protein meal.

To give the ‘advice’ that it is useless or ineffective is a bit of an untruth (that’s Washington DC political-speak if you get my drift).  Even if something is marginally helpful, it is still helpful.  If one’s goal is to promote muscle hypertrophy, why wouldn’t you employ every possible tactic to get to your goal?  From a purely pragmatic standpoint, you should employ protein timing.

Now getting back to ‘nutrient timing.’   Folks have summarily dismissed nutrient timing because of their confusion with protein timing as it relates to skeletal muscle hypertrophy.  Nutrient timing is a very effective strategy.  To wit:

Consuming caffeine (in the form of a chewing gum) enhances cycling performance when administered immediately prior to, but not 1 or 2 hours before cycling.[4]

A 20 gram bolus of whey protein consumed every three hours is superior to other temporal patterns of feeding for the purpose of stimulating muscle protein synthesis and thus “has the potential to maximize outcomes of resistance training for attaining peak muscle mass.[5]” 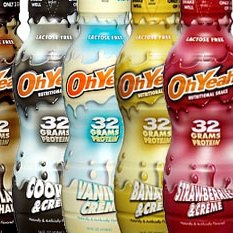 Consuming a sports drink 30 minutes before exercise improved performance better than consuming it 120 minutes prior. “This study provides new evidence to suggest that timing of carbohydrate intake is important in short duration high-intensity exercise tasks, but a concentration effect requires further exploration.[6]”  Certainly, it is well known that consuming a sports drink during exercise is better than drinking water. Thus, a “carbohydrate-electrolyte drink can increase endurance performance as well as enhance lactate removal and thereby delaying the onset of fatigue.[7]”

In overweight individuals, shifting more of your calories towards breakfast versus later in the day is better for weight loss.[9]

Heck, common sense tells you that drinking water during a half-marathon run in the heat is better for performance than drinking after the run.  That’s a simple example of nutrient timing.

Thus, it is virtually impossible to escape the fact that nutrient timing plays an important role in many circumstances vis a vis the acute and chronic response to exercise.

I’d posit that not eating is the worst thing you can do.  Let’s face, there is nothing anabolic about not eating for 4 hours after training.  When in doubt, consume a protein-containing meal.  A meal doesn’t have to be a Thanksgiving-size portion.  A protein shake of 200 kcals or so constitutes a meal.  In essence, nutrient timing incorporates the use of methodical planning and eating of whole foods, beverages and supplements with the express purpose of enhancing recovery, performance, or body composition.[10]

Our field is ultimately one governed by pragmatism.  Having done quite a bit of basic science (animal work particularly) research in my day, I can attest to its importance in understanding the underlying mechanisms that govern why things work the way they do.  However, our field is, when you get down to the nuts and bolts of it, an advice-driven one.  As scientists, we can argue over crossing t’s and dotting i’s, but in the end, we have to give the best advice we know based on the current data of the time.

If it helps or has a neutral effect, do it.

About the Author – Jose Antonio is the CEO and Co-founder of the International Society of Sports Nutrition and the Editor-in-Chief of the JISSN (www.jissn.com).  Check out the latest ISSN Conferences at www.theissn.org. If you’re ever in South Florida, he’d be happy to take you outrigger paddling.