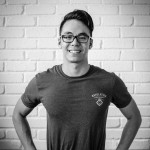 by Kedric Kwan CISSN. There is definitely a discrepancy between mitochondrial adaptation and performance. After reading the literature, there are a few factors that needs to be accounted for during the implementation to optimise both the mitochondrial adaptation and performance outcome. The first factor is to ensure that the second bout of exercise is commenced with low muscle glycogen levels. 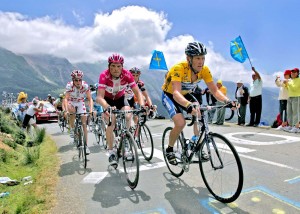 Not doing so might not facilitate the desired adaptation which can translate to performance. This could be seen in an acute study done by Cochran and colleagues (2010) who had 10 active males participated in a trial where they were split into two groups, both groups performed 5 x 4 minutes bout of cycling at 90-95% heart rate reserve followed by a 3 hour recovery where both groups consumed the drinks provided. One group ingested a high carbohydrate drink (HI-HI) and the other ingested a placebo drink (HI-LOW). After the 3 hour recovery, the same exercise protocol was repeated. The HI-LOW group showed greater increased of p38 MAPK compared to the HI-HI group. However the increase of PGC-1α and cytochrome c oxidase (COX IV) mRNA which plays a role in the synthesis of ATP increased with no difference between groups. This is due to the fact that both groups started the second bout of exercise with similar muscle glycogen content.

In addition, to further emphasize the importance of muscle glycogen content, two different studies measured the activity level of AMPK. Using a cycling model one study showed that AMPK levels were not different in both groups despite one group consuming CHO during exercise (Lee Young et al., 2006). This was in contrast to the result by Akestrom et al (2006) which showed a higher increase in the group that consumed a placebo drink. This could be caused by the different exercise mode used in the experiments due to a cycling model used

by Lee Young and colleagues whereas Akestrom and colleagues used a single knee extensor model. The nature of the single knee extensor model is highly concentrated and possibly targeted the carbohydrate glucose supplementation which spared muscle glycogen which explains the difference in findings between the two studies. Another interesting study found that carbohydrate ingestion during endurance exercise resulted in similar increases in CS levels with the placebo group. An incremental maximal cycling test also showed similar improvements in both groups (Nybo et al., 2009). This was also only conducted after an overnight fast with no glycogen depletion prior which further indicates the role of glycogen on these adaptations.

The last study that really cements the role of muscle glycogen is done by Lane and colleagues (2015) This study was done to examine the effects of sleeping with low carbohydrate availability on acute training responses and this showed greater upregulation of signalling proteins involved in fat oxidation but fail to show an increase of upregulation of markers of mitochondrial biogenesis. The participants recruited in this study were highly trained and it is well documented that trained individuals have a higher capacity to store glycogen compared to untrained. Despite muscle glycogen content was reduced by 50% but because of the high level of starting muscle glycogen, participants started the second exercise bout with reduced muscle glycogen but the levels were not low enough to illicit changes in mitochondrial adaptation that was hypothesized to occur. This shows that the actual content of muscle glycogen seems to play a larger role than the relative amount of 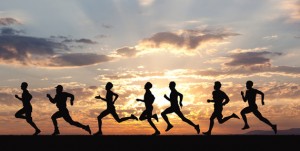 muscle glycogen. What is the sweet spot for muscle glycogen content to illicit a response is still unclear and hopefully future research will shed some light on it.

The more trained you are, the greater cellular disruption you would need to cause an adaptation, hence there seems to be an inverse relationship between training status and muscle glycogen level. The more well trained you are, lower muscle glycogen levels might be needed to create additional adaptation. If you’re relatively untrained, performing exercise after a long bout of fasting might be able to cause some form of improvement.

Another factor that to take into account during implementation is the intensity or stimulus from the training bout. As mentioned above, p38 MAPK is one of the regulators of the master regulator of mitochondrial biogenesis, PGC-1 α. Research have shown that p38 MAPK is sensitive to the stress that is being imposed during training and it is also regulated by the reactive oxygen species (ROS) induced during exercise. In fact, oxidative stress seems to be higher after a short bout of high intensity exercise compared to a submaximal steady state exercise (Olcina et al., 2008) further showing the role of intensity in regulating this protein. The hypothesis that higher exercise intensity would cause higher oxidative stress leading to higher levels of p38MAPK seems valid. Hence, a constant intensity might not be able to illicit significant adaptation for the trained athlete.

The other upstream protein, AMPK seems to response to exercise stimulus and intensity as well. Nielsen and workers (2002) showed that at the end of a 20 minute exercise bout at 80% VO2max AMPK levels were reduce.d This is possibly due to the fact that AMPK response to a change to the initial bout of intensity and reduces thereafter. Another study showed that AMPK activation was lowered after 3 weeks of moderate intensity at the same workload. This could be caused by the initial adaptation to the initial stimulus and that intensity wasn’t sufficient to further induce additional adaptation in later stages (McConell et al., 2005). 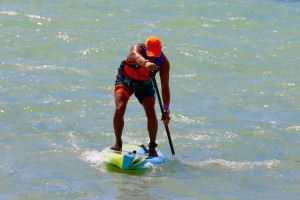 Most training bouts used in the studies used fixed bout of exercise, an example from one study used a high intensity training model consisting of 8 x 5 minutes of all-out effort alternating with 1 minute of recovery for 3 weeks (Hulston et al., 2010). It is possible that because the exercise bouts did not increase, a “tolerance” was built up to it. Hence a reduced stimulus of exercise intensity took place further into the training intervention. Moreover, how much time of the 5 minute all-out effort was actually maximal effort because I doubt that anyone could sustain an all-out effort for 5 minutes. Shorter bouts of all-out efforts such as the one used in Sprint Interval Training (SIT) might be able to elicit a stronger stimulus. In fact, Granata et al (2015) showed that SIT actually increased PGC-1 α and p53 much higher than regular high intensity training or sub-lactate threshold training even though total work done was lower in the SIT group. However, this study was not done in a limited carbohydrate availability state but the importance of intensity should be noted from this study. Given that the activation of these two upstream regulators responses to the exercise stimulus and intensity, it make sense that some form of progressive overload is needed to induce some form of additional improvement that could translate into performance.

In a discussion with Professor John Hawley (you should know who he is, if you don’t, you haven’t been reading up enough) he said that currently measurement tools might not be sensitive enough to show a statistical significance on performance when training with a reduced carbohydrate availability, so if tools aren’t sensitive enough, the only possible way I could think of is to create additional performance large enough to be detected. While the verdict on performance isn’t actually out yet, future studies that is conducted with much better methods might actually create more performance changes using a “train low” method strategically.

For the general lay person wanting to implement some form of reduced carbohydrate availability training, you could probably start by doing some form of fasted exercise or simply performing two bouts of exercise with no carbohydrate in between sessions. While the exact amount of muscle glycogen depletion would not be accurate, I believe most readers here aren’t elite endurance athlete hence there might still be small additional benefits to us.

A very interesting study I would like to conduct which would benefit meathead powerlifters like myself would be to actually examine if performing resistance training with reduced glycogen availability could improve endurance performance compared to actually performing resistance training in a carbohydrate fed state. If this hypothesis works, simply restricting carbohydrate consumption prior to lighter lifting sessions might actually improve our aerobic capacity without the need of too much additional cardio.

And yes, despite being a powerlifter, I still see the importance of the aerobic system so if it’s possible to kill two birds with one stone solely through lifting, I would be highly interested to do a study as such.

Take home message: As far as the evidence would suggest, training with low glycogen/carbohydrate availability and periodizing it to a well thought of training schedule can bring about additional benefits. No study have shown a decrement in performance which would be a relief to most wanting to experiment with it.

This field of research is relatively new and there would definitely be more studies coming out in the near future. I hope I’ve given some insight on the mechanism behind how low glycogen/carbohydrate availability training works and the physiology and biochemistry lessons didn’t bore you out of your minds!

Fun Reading for My Fellow Geeks