Sunshine on my shoulders makes me happy.

Sunshine in my eyes can make me cry.

Sunshine on the water looks so lovely.

I’m not sure it makes me high, but damn it sure makes you feel good.  And part of the reason we need sun exposure is so that our bodies can make vitamin D (aka the ‘sun vitamin’).  For you old school music buffs, John Denver’s hit song from way back in the Jurassic period truly is prophetic with regards to the value of sun exposure.

Some scientists now believe vitamin D is the pre-eminent vitamin.  It does so many good things that to not supplement it would be akin to not taking a parachute when you go sky diving.  Not smart, eh.  We know for example that vitamin D deficiency is an increasingly described phenomenon worldwide, with dramatic effects on calcium metabolism and bone health. Vitamin D deficiencies have also been associated with a variety of not so good things. Things that make you want to curl up into a ball, pig out on donuts, and watch TiVo’d reruns of the Sopranos.  For instance, you might have a greater risk of bowel and colonic cancer, arthritis, diabetes and heart disease.

In recent decades, there has been increased awareness of the impact of vitamin D on muscle morphology and function; In the early part of 20th century, athletes and coaches felt that ultraviolet rays had a positive impact on athletic performance, and abracadabra, that’s why we love the sun. Well sort of.  The bikinis help too.

“Both cross-sectional and longitudinal studies allude to a functional role for vitamin D in muscle and more recently the discovery of the vitamin D receptor in muscle tissue provides a mechanistic understanding of the function of vitamin D within muscle.”(1)

The bottom line is this: the RDA for vitamin D is paltry (200-600IUs daily); that would be like walking across the Sahara desert with bottle of Jack Daniels and expecting it to hydrate you for the long march.  Instead, get out in the sun! Expose your body at least 3 times per week to 30 minutes of good UV light.  And if you live in a cruddy place like Cleveland or Seattle where there are about as many sunny days as there are hairs on a bald man’s head, then supplement my friend.  Take at least 2000-4000IUs per day. 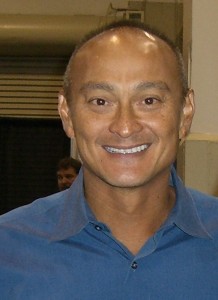