The genesis of this article stems from my third cup of coffee (my fingers won’t keep still) and a talk given by Shawn Arent PhD at the ISSN-London conference titled “Physique vs Sports Nutrition – Are They Contradictory?” What’s interesting is how sports (i.e. performance) and physique nutrition have clearly diverged, particularly on one issue.

What’s the issue? Calories. How many times have you heard or read variations of the following: “RMR is higher when you blah blah.” “HIIT is better than SSC because your RMR is higher longer.” “You got to do this strategy and that strategy because you burn more frickin’ calories.”

The physique world’s obsession with calories is kinda funny actually. I mean it must really suck to have to ‘count’ your calories. I’d need an abacus to figure out how many calories I get from white rice alone. But I guess it goes hand in hand with the myriad of diet programs that basically focus on creating a caloric deficit. Folks who train for looks focus on burning calories the way a runway model focuses on her next meal of bread sticks and cheese. Feel the burn! Yowsah!

Yet in the performance world, you actually do not want to burn extra calories. Nobody in their right mind would tell an athlete, “okay, after you’re done bustin’ your ass on the field, in the gym, or wherever, I want to you to burn even more calories by walking around, doing non-exercise activities (i.e. NEAT), blah blah. In fact, you want to burn as few calories as possible once you’re done training. Why? Because you need to recover. The best thing for performance athletes to do after training is what? If you answered “nothing” go to the head of the class. I’d suggest the best thing to do is sit on your ass and watch Game of Thrones. Or even better, take a nap. 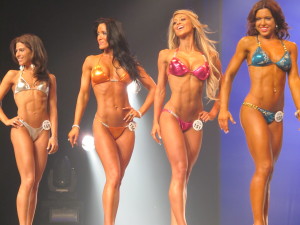 There’s a term used in distance running called “junk miles” (i.e., run training that serves no specific purpose other than to up your mileage). Every workout (and this applies to ALL performance athletes) should have a specific goal in mind. To exercise (for the sake of exercise) is NOT how performance athletes should train. Distance runners, for instance, should not waste time and energy doing “junk miles” (i.e., running that has no specific goal). Each run should have a goal. Is it steady-state or LSD (long slow distance)? Is it SIT (sprint interval training)? Is it fartlek, a tempo run etc.? Training should be specific and goal-oriented. Baseball players train for hitting, fielding, base running etc. Going to the beach and playing ‘catch’ is junk training. No competitive baseball player in their right mind would do that. Other speed-power athletes (e.g., high jump, long jump, pole vault, sprints etc) should also avoid doing junk training just to burn calories. 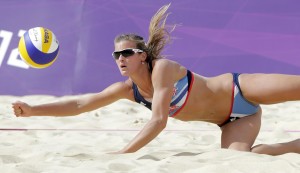 By Jose Antonio PhD FISSN.  Let’s face it.  Energy drinks are as much a part of our culture as tailgating, barbequing on the weekends, cheering for the underdog, and overeating during the Thanksgiving holiday.  With folks in a mad dash to accomplish umpteen things during the day, it’s no wonder that energy drinks are as ubiquitous as chopsticks in a Chinese restaurant. In fact, the US energy drink category is expected to hit an amazing 19.7 billion dollars in 2013.  Now that my friends is a bunch of money.  So it should come as no surprise when Monster Energy Drink gets sued vis a vis the death of a 14-year old girl.  It’s like going to a buffet and realizing that all the food is gone.  Who do you blame?  Oh yeah, the fat man in the corner with plates stacked from floor to ceiling.

If that flew over your head, my point is folks want to blame somebody or something.  And who better to blame (and make money) than a large company with a big fat wallet.  That’s the easy way.  And apparently what they teach in law school (this of course doesn’t apply to my legal friends).

So the story goes like this: “A complaint filed by Wendy Crossland and Richard Fournier, of Maryland, states that their daughter, Anais Fournier, went into

cardiac arrest after consuming the drinks.  Monster Beverage Corp. is based in Riverside County, Calif., which is where the case was filed. Fournier was “unconscious when emergency personnel arrived at her home,” according to the complaint. Doctors at Johns Hopkins Hospital induced a coma in an attempt to reduce brain swelling, but after several days, “the decision was made to terminate life support,” the complaint said.  The opinion of the Maryland medical examiner’s office is that Fournier died of cardiac arrhythmia due to caffeine toxicity that impeded her heart’s ability to pump blood.  The autopsy report also concluded that Fournier suffered from Ehlers-Danlos syndrome — an inherited disorder that can make connective tissues, like skin and blood vessel walls, flexible and weak.”  (Original source: KTLA.com)

Now certainly, the loss of a child is perhaps the most devastating event that could happen in anyone’s life.  There is no recovering from it.  Ever.   However, what is just blatantly incorrect is to blame an energy drink (and in particular caffeine) when it is clear that there are warning labels plastered on these drinks that are as obvious as those ugly billboards up and down Interstate 95.

Keep in mind, the primary ingredient in these drinks is caffeine.  And coffee is THE original energy drink.  What’s next, Starbucks getting sued because someone decides to down 10

Frappaccinos?  Fournier apparently consumed two 24-ounce Monster drinks within 24 hours.  With roughly 240 mg of caffeine in a 24 ounce can, that makes for a total of 480 mg of caffeine.  That interestingly enough is really not a high dose.   On the surface, there is just so much that seems out of kilter with this lawsuit.  Blaming an energy drink for this is like blaming McDonald’s for obesity.

Rather than giving you my personal opinion, here’s an edification on the science.  I will admit however that caffeine is one of my favorite supplements/drugs of all time.  The first thing I do in the morning is head straight to the coffee maker and brew up some super strong java.  This stuff is great; it works very well and it has a safety record longer than the Great Wall of China.

Besides an energy boost, endurance enhancer, and a brain stimulator, there’s evidence that caffeine can alter improve performance in tasks of strength and speed.  For instance, maximal anaerobic power increases significantly after ingesting 250 mg of caffeine.  According to a recent study published in the British Journal of Sports Medicine, “caffeine can favourably affect some strength parameters in highly resistance-trained males.1”  Furthemore, a “caffeine-containing supplement may be an effective supplement for increasing upper-body strength.” 2  So even the strongest of the strong can benefit from caffeine supplementation.

Also, caffeine ingestion resulted in a blood lactate level that was higher versus the placebo.  Meaning, caffeine allows you to work a lot harder (hence, the greater lactic acid build up!).  So you think those guys competing for the yellow jersey in the land of wine and the Eiffel tower are the only ones to use caffeine?3  (Okay, they use other stuff, but that’s for another article on another day).

A Pain No More

Ever wondered why many over the counter pain medications have caffeine added to them?  Adding caffeine to both aspirin or acetaminophen makes them relieve headache pain about 40% better than they do without caffeine. Caffeine also helps your body absorb these medications, allowing

you to get back to your daily life faster.4 In a study of low caffeine consuming college-aged males, they took one of two doses of caffeine (5 or 10 mg of caffeine per kg body weight) or placebo and 1 hour later completed 30 minutes of moderate intensity cycling exercise (60% VO2peak).

Caffeine increased resting systolic pressure in a dose-dependent fashion but these blood pressure effects were not maintained during exercise. Caffeine had a significant linear effect on leg muscle pain ratings meaning the higher the dose, the better pain relief provided by caffeine. The average pain intensity scores during exercise after ingesting 10 mg caffeine per kg body weight, 5 mg per kg, and placebo were 2.1, 2.6, and 3.5, respectively (the lower the number, the more pain relief).  According to the authors, “the results support the conclusion that caffeine ingestion has a dose-response effect on reducing leg muscle pain during exercise and that these effects do not depend on caffeine-induced increases in systolic blood pressure during exercise.”5,6

Now you probably have noticed that a dose of 10 mg per kg body weight of caffeine is equal to 681 mg for a 150 lb individual.

The International Society of Sports Nutrition published a Position Stand on caffeine which can be summarized by the following seven points:

2.)     Caffeine exerts a greater ergogenic effect when consumed in an anhydrous state as compared to coffee.

3.)    It has been shown that caffeine can enhance vigilance during bouts of extended exhaustive exercise, as well as periods of sustained sleep deprivation.

4.)     Caffeine is ergogenic for sustained maximal endurance exercise, and has been shown to be highly effective for time-trial performance.

5.)      Caffeine supplementation is beneficial for high-intensity exercise, including team sports such as soccer and rugby, both of which are categorized by intermittent activity within a period of prolonged duration.

6.)    The literature is equivocal when considering the effects of caffeine supplementation on strength-power performance, and additional research in this area is warranted.

7.)     The scientific literature does not support caffeine-induced diuresis during exercise, or any harmful change in fluid balance that would negatively affect performance.7

Caffeine is clearly the ‘king’ of energy.  However, other ingredients are worth looking at as well. For instance, the carbohydrate category is intriguing.  Remember, sugars do provide energy and are an important fuel for intense anaerobic exercise.  Do you think you’ve got a handle on carbohydrates?  You’ve got complex carbs, simple sugars, low, high, and medium glycemic sugars and carbs.  One of the lesser known sugars is something called ribose.

Ribose chemistry – First let’s start with a little biochemistry to help you understand what exactly ribose is.  At our most basic level, we need to synthesize adenosine triphospate (ATP) in order for us to generate energy for muscle contraction (as well as all energy-requiring processes).  The adenosine part of ATP is made up of adenine and ribose; attached to that are three phosphate molecules (hence, TRIphosphate).  See, this is as simple as 8th grade biology.  In order for your body to produce energy, one of those phosphate molecules is cut off from ATP thus forming ADP (adenosine DIphosphate).  Now we’re left with adenine, ribose, plus 2 phosphates. I’m going to skip a few steps (yawn…biochemistry can be boring) to get to the point. Ribose can help via a couple ways.  One way is called the “salvage pathway.”  Basically, your body tries to get the breakdown products from energy metabolism and recycle them such that you replenish your ATP supplies.  Ribose helps promote this salvage pathway such that your ATP stores are replenished.  But if you’re short on ribose, your body has to create ATP from scratch.  This happens if your body excretes too much of the metabolic byproducts of metabolism.  And for the creation of “new” ATP, ribose is also needed.  Interestingly, glucose can also do the job; but it’s a much slower process.  If you’re someone who exercises intensely, supplemental ribose may be helpful.  Here’s one study that shows an ergogenic effect of ribose.

Bottom line:  in addition to caffeine, ribose may be a ‘energy’ supplement that’s good for your cells.