By Jacob M. Wilson, Ph.D., CSCS*D and Ryan Lowery, B.S., CSCS.   Ryan Lowery and I are speaking at this years ISSN, and we have to admit that the lineup is stellar.  Our discussion will focus on novel methods to enhance fat metabolism on Saturday morning at 11:00 AM.  Prior to our discussion at 9:00 AM on Saturday, Dr. Gabe Wilson and Shawn Wells  will be talking about one of the most heated, and highly debated subjects in sports nutrition for the last decade.  The title of their talk is “Leucine, HMB, and Amino Acid Metabolites Support Muscle Growth and Athletic Performance.”  One of the key controversial components is in bold letters – that’s right, HMB.

Part of the controversy stems from how the companies marketed the product years ago and mis-portrayed the practicality of the supplement at hand.  For instance, advertisers claiming that HMB “feels like DECA” or works like testosterone. Additional issues lie in contradictory results between studies, with some showing improvements in performance markers, and others showing no benefit from HMB. This subject is of great interest to us, which is why we have spent literally the last decade studying this topic.  In fact, we have studied HMB in trained (6, 13, 14) and untrained humans (12); the elderly (8); rats and mice (3, 11), and yes, even hamsters! There is certainly a complicated history to this supplement…so sit back and get ready to hear the full story.

HMB was first introduced to the market in the early 90s by EAS.  Fast forward a few decades later, and the supplement has been studied in virtually every condition possible.  What has been demonstrated from our research and others is that HMB works by improving protein synthesis and reducing protein breakdown that occurs within the muscle following intense exercise; thereby, accelerating the recovery process.  Adel from Suppversity suggests that often times the anabolic effects of HMB are mistaken for its anti-catabolic properties, which are fully realized under novel conditions.  The major problem, from people who misinterpret the HMB literature, is that they view supplements as independent from the training stimulus itself.  HOWEVER, this is a major flaw and misconception.  In reality, the field of sports nutrition is all about how the supplement interacts with the training stimulus.  Take HMB for example, it has anti-catabolic and recovery properties.  We can virtually guarantee that if you are taking HMB as a sedentary young, healthy individual, or as someone who does not train hard that you will see virtually no benefits (10).  In fact, it is these people who are most likely to state that “they didn’t feel anything” while taking HMB. Considering that HMB is not a stimulant and they had no muscle damage to recover from, we are not surprised at this comment.

Before we can delve deeper into HMB supplementation, we need to discuss the training stimulus itself. As eluded too, HMB works ideally under novel training conditions.  Most people view gains in muscle and strength as a linear process over time.  However when examining long-term training studies, it is clear that people do not make linear gains –  rather, they make large gains in short bursts of time with the remainder of time spent in maintenance(2).  What triggers these growth spurts is the introduction of novel training variables.  Periodization is defined as programed variation and rest to reach a physiological peak.  Research indicates that periodized training, regardless of the form results in greater neuromuscular gains than non periodized protocols.

Intriguingly enough HMB has been studied in both untrained and trained individuals using periodized as well non periodized training programs.  In the 90s, it was demonstrated that untrained individuals attained greater muscle and strength gains while taking HMB (7), but this should be expected because even looking at a squat rack in an untrained population provides a novel stimulus for growth! However, early studies on HMB in trained individuals failed to find a beneficial result (5).  If you carefully examine the landmark papers on this topic, the reason for a lack of benefit from HMB, may be that the novelty of the training stimulus was inadequate.  In fact, in these studies, investigators told subjects to not alter their training programs (5).  This is great research because it led us to the understanding that HMB likely interacts with the training stimulus itself (10).  Our hypothesis was supported by William Kraemer’s lab, which demonstrated that HMB given during a 12-week periodized training program resulted in ~ 9 kg gains in lean body mass compared to only ~ 2 kg in the placebo group (4). In this scenario where the training stimulus is altered continually, HMB’s regenerative and anti-catabolic properties are able to improve neuromuscular adaptations.  It is important to emphasize here that it is the interaction between optimal training variables and HMB supplementation that triggers the growth and strength adaptations (4).  In so much as, HMB will support recovery so that the athlete is better prepared to workout during each successive bout compared to their non-supplemented counterparts.

Modern research has sought to improve the delivery of HMB supplementation (1).  Specifically, HMB has historically been administered as calcium bound to HMB, which results in peak plasma concentrations in 90 to 120 minutes (9).  However, recent research has used an HMB free acid (HMB separated from calcium) which peaks in as little as 30 minutes and results in a 100% greater total increases in plasma HMB than the HMB-calcium bound supplement (1).  Theoretically, HMB free acid (trademarked BetaTOR) may result in improved anabolic effects relative to the calcium salt. Therefore, our lab recently published a paper in the British Journal of Nutrition, which investigated HMB free acid’s impact on skeletal muscle recovery following a strenuous training session, in advanced resistance trained individuals (14). Results showed that BetaTOR was able to cut muscle damage and soreness in half relative to placebo as well as lower protein breakdown. To follow up on these findings, our lab published work in the European Journal of Applied Physiology, using a long-term periodization program (13). In this experiment, we sought to use advanced athletes, as this is one of the most controversial populations in terms of HMB’s effectiveness.  Indeed, our criteria were quite stringent, and in fact took a full school semester to recruit the desired population. In the end, elite athletes – many of which were able to squat over 500 lbs, and deadlift over 600 lbs – were identified, and put through a rigorous 12-week training program, while taking BetaTOR or a placebo.

To elaborate, we used a 3-phase training protocol.  Phase one (weeks 1-8) consisted of periodization in which subjects trained each body part 3 times weekly, while varying the repetitions, intensity, and rest period lengths daily. We also provided slight variations in the way in which the exercise was executed every 4 weeks (e.g. overhand vs. underhand bent over rows).  Results demonstrated that this training stimulus was enough to maintain muscle damage for a period of 8 weeks, suggesting that the training load was novel to these athletes.  However, at week 8, the athletes began to adapt to the training stimulus.  At this point, we had them train every body part 5 days a week for 2 weeks straight (phase 2).  In fact, some subjects lifted over 200, 000 lbs of total volume in a given week! Lastly, we decreased volume by 60% (tapered – phase 3), while maintaining training intensity and frequency, in order to allow them to recover before final testing.  We found that during weeks 1-8, both groups made improvements; however, the BetaTOR group made greater gains (5 vs. 3 kg of lean mass). However, phase two is where separation really occurred between groups.  In fact, the placebo group regressed in performance and lean mass from weeks 8-12, while the BetaTOR group continued to increase!  Thus, a training load, which was catabolic in nature, became stimulatory when consuming BetaTOR.  For this reason, we would argue that HMB is not necessarily making individuals huge by itself.  Rather, HMB is allowing an individual to train at higher intensities more frequently.  Thus, allowing for a greater training stimulus and improved recovery! It is the ability to train more, and recover faster that allows individuals to make greater gains with HMB. Clearly, if you are not pushing yourself to this limit, HMB will not be an effective supplement.

In conclusion, we hope to educate the consumer of what it truly takes in order to optimize HMB’s and BetaTOR’s effects.  Research indicates that HMB has little benefit for the everyday individual just looking to go in the gym and train their arms and calves every other workout. Rather, HMB is most effective for athletes undergoing difficult and novel training demands.  For more information on this exciting and controversial topic, as well as leucine and other metabolites of the amino acid leucine, we suggest that you attend Dr. Gabe Wilson and Shawn Wells lecture at the annual ISSN conference on Saturday morning at 9:00 AM. 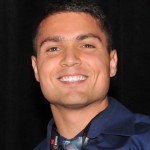 Jacob Wilson, Ph.D., CSCS*D is an assistant professor and runs the strength & sports nutrition laboratory at the University of Tampa.  Dr. Wilson’s research has covered the cellular, molecular, and whole body changes in muscle size, strength, and power in response to resistance training and nutritional supplementation interventions.  On these topics he has published over 100 peer-reviewed papers, book chapters and abstracts.  He has recently established a new graduate program at University of Tampa dedicated to Sports Nutrition and has previously been awarded the NSCA’s Terry J. Housh young investigator of the year award. 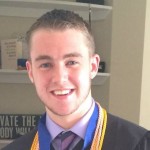 Ryan P. Lowery, B.S., CSCS is completing his masters degree in sports nutrition at the University of Tampa.  In 2013, Ryan won the National Championship in baseball with the University of Tampa Spartans. Ryan lowery has served as the senior researcher in Dr. Jacob Wilson’s lab the past four years.  Ryan currently has 22 published manuscripts, 3 book chapters, and over 60 published abstracts, and serves as a reviewer for JISSN.  He has received the Exercise Science Student of the Year Award, NSCA Award for Outstanding Presentation, and most recently the National AAHPERD Exercise Science Major of the Year Award.  Ryan’s main areas of focus are sports nutrition and supplementation.