I love caffeine.  There!  I admit my addiction.  Me and caffeine are like a Antony & Cleopatra, Bacon & Eggs, or Baskin & Robbins.  If you’re shaking your head trying to figure out those 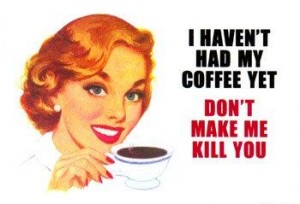 analogies, I forgive you.  Let’s just say that if I don’t get my caffeine-filled java fix first thing in the morning, it does feel like death.  But once I down the first mug, the birds sing, the clouds part, the sun shines and a Victoria’s Secret model appears at my doorstep asking to have suntan lotion rubbed on her back.  Ok, not really.  So what does caffeine do?  What’s the evidence for its use in athletics?

Suffice it to say that the evidence supporting the performance-enhancing effects of caffeine are stacked higher than a Hollywood starlet after her fifth augmentation.  According to a position paper by the International Society of Sports Nutrition, there is a plethora of evidence that shows that the acute consumption of caffeine can help both strength-power and endurance activities.1  And for you science geeks, the proof is in the hundreds of studies published on caffeine.  However, there’s no need to go over all of these studies.  Here are some key ones to shed some light on this amazing supplement.

Thirteen resistance-trained men ingested a caffeinated (179 mg) energy drink or placebo solution 60 minutes before completing a bout of the following exercises: bench press, deadlift, prone row, and back squat exercise to failure at an intensity of 60% 1-repetition maximum.  Subjects who consumed the caffeinated beverage performed more repetitions to failure in all exercises. The RPE or ratings of perceived exertion was higher in the placebo condition.2  Another study had 15 women consume caffeine (6 mg/kg) or placebo (PL) seven days apart.  That dose is roughly 327 mg of caffeine for a 120 lb woman.  Sixty min following supplementation, participants performed a one-repetition maximum (1RM) barbell bench press test and repetitions to failure at 60% of 1RM. They discovered that 1-RM strength was greater during the caffeine condition in these resistance-trained women.3

Do you like to fight?  Well get this.  Caffeine reduced the reaction time of taekwondo fighters.  This means they can kick your ass even faster!4  And get this.  A chewing gum that’s caffeinated!  Move over Wrigley.  In this gum study, eight male cyclists participated in 5 separate laboratory sessions. In their first visit their maximal oxygen consumption (VO2max) was determined. During the next four visits, three pieces of chewing gum were administered at three time points (120 min pre-cycling, 60 min pre-cycling, and 5 min pre-cycling). The dose of caffeine given was

300 mg.  They discovered that caffeine administered in a chewing gum enhanced cycling performance when administered immediately prior, but not when administered 1 or 2 hours prior to cycling.5  Clearly caffeine can help both endurance and strength related exercises.  But it does so much more than that.  A fairly recent study determined the effects of caffeine on repeated sprint ability, reactive agility time, sleep and next day exercise performance.  Did you get all that?  Ten male athletes consumed a placebo or caffeine (6 mg per kg body weight) one hour prior to exercise.  Significant improvements were shown after caffeine ingestion compared to placebo for the combined total time of each set and best sprint time.  However, the coolest part of this study was that the caffeinated group still had better performance the following day.  That’s right, the following day.  Caffeine however had little effect on reactive agility time or sleep.6  Also, a caffeine-containing energy drink (3 mg/kg wt dose) increased repeated sprint ability during a simulated soccer game.7

Now for those of you with kids, I’m sure you’ve wondered whether these caffeinated sodas like Coca Cola or Mountain Dew have an effect on performance.  Ok, I’ve wondered.  Well, believe it or not Mr. Ripley, the data indeed shows something interesting. Twenty-four healthy 8-10 year old boys participated in a randomized double-blind, double-crossover trial.  Each boy received 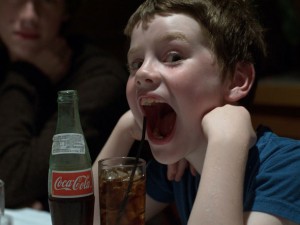 the caffeinated drink (5 mg per kg body weight) or placebo twice each on four separate visits. Sixty minutes following ingestion of either caffeine or placebo boys performed a static hand-grip test and then a Wingate test.  A Wingate test is a max sprint test for 30 seconds on a bike.  It sounds easy.  But I’ll tell you.  Those 30 seconds seem to crawl slower than a sick cockroach after being sprayed with Raid.  They found no differences in peak power or static hand-grip strength with caffeine. However, caffeine significantly increased the average power during a Wingate test.8 So caffeine helps even the little ones.

Put caffeine in a bottle and you’ve got your basic energy drink.  What’s interesting is that many of these energy drinks actually have less caffeine than coffee.  Yet there are academic numbskulls who believe that energy drinks are akin to a ‘heart attack in a can.’  With billions of cans of this stuff served worldwide, I’d imagine we’d thin the human population quite a bit if indeed these drinks caused harm. Of course, there is no evidence of harm. In fact, energy drinks can profoundly enhance performance.  Here’s the proof.  One study looked at the effects 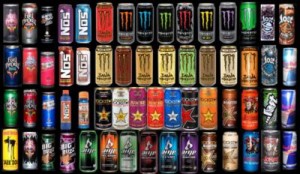 What about kids?  Does it work in the little tykes?  Yes it does my friend. Sixteen young basketball players (15 years of age) had an improved jump performance after consuming an 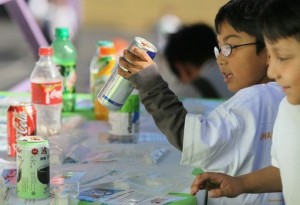 energy drink.13   In spite of what the naysayers who proclaim energy drinks a threat to heart health and Western civilization, fear not.  The stuff works and is safe when used in appropriate dosages.  Just don’t overdo it.  One is good; two is probably pretty good too.  But anything more than that would be like poking a sleeping Grizzly bear.  Not smart.

For real?  Caffeine affects hormone levels?  Check this out.  Forty-two healthy adults were recruited from the Boston community who were regular coffee consumers, nonsmokers, and overweight. That’s an interesting trio of things.  Participants were randomized to five 6-ounce cups of caffeinated or decaffeinated instant coffee or water (control group) per day consumed with each meal, mid-morning, and mid-afternoon. After four weeks, the consumption of caffeinated coffee increased total testosterone and decreased total and free estradiol in male subjects.14  What does this mean?  It means I’m drinking lots of coffee.

This stuff is safe.  The data shows it and the fact that I drink gallons of caffeinated coffee every day shows it. In a large cohort of initially healthy women, elevated caffeine consumption was not associated with an increased risk of incident atrial fibrillation.15  Caffeine also helps prevent stress and improves memory.16  Another study found that “coffee drinking may be associated 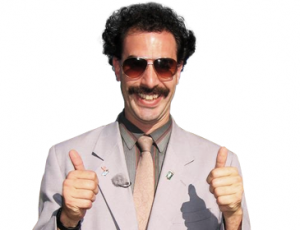 with a decreased risk of dementia/AD. This may be mediated by caffeine and/or other mechanisms like antioxidant capacity and increased insulin sensitivity. This finding might open possibilities for prevention or postponing the onset of dementia/AD.”17  Sounds like a lot of gobbledygook.  And I assure you, it might be.  But caffeine truly is good for you.

Perhaps one of the biggest myths surrounding caffeine is that its use will have a severe diuretic effect.  Interestingly, the science just doesn’t support that.  One review states that there is no evidence that consuming caffeine-containing beverages as part of a normal lifestyle leads to fluid loss in excess of the volume ingested or is associated with poor hydration status.18

Caffeine and the Bathroom

If you aren’t ‘doing’ caffeine yet, you ought to start.  You’ll love me for it.

Jose Antonio PhD is the CEO of the ISSN, www.theissn.org and faculty at Nova Southeastern 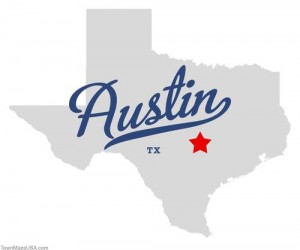 University.  In his spare time, he paddles, drinks coffee, reads minds, and eats sushi.  If you want to buy him a beer, he’ll be at the 12th Annual ISSN Conference and Expo in Austin Texas USA, June 11-13, 2015.