By Richard Choueiri.  Over the past few decades, several non-hormonal compounds have gained popularity as a result of their anabolic effects on the human body. Among these compounds are creatine, arachidonic acid and, of course, the branched-chain amino acid leucine. Thanks to the ongoing research in the field of sports nutrition, scientists might have just discovered the next anabolic breakthrough: phosphatidic acid (PA). 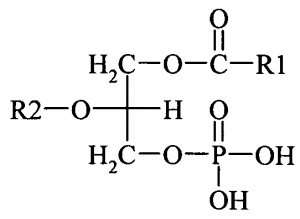 PA, chemical structure 1,2-diacyl-sn-glycero-3-phosphate, is a type of phospholipid integral to the structure of cell membranes. In addition, it is a key metabolite in the biosynthesis of several phospholipids and triacylglycerols, which are more commonly referred to as triglycerides. Furthermore, PA acts as a signaler to proteins and this is where things get exciting.

One of the proteins PA signals is the mammalian target of rapamycin (mTOR), a serine- and threonine-specific kinase that regulates cell growth, such as muscle cell hypertrophy. It is well established in the field of sports nutrition that a roughly three-gram bolus dose of leucine is required for turning on the mTOR pathway, thus activating protein synthesis. This fact leads to an important question: can mTOR signaling be further enhanced to maximize protein synthesis?

Researchers at the Human Performance Laboratory in Orlando, Florida, conducted a study using PA to gain more insight on its effects mTOR. The researchers randomly assigned 16 resistance-trained young men to one of two groups. One group was given 750mg of PA and the other group was provided with a placebo, 750mg of rice flour. The subjects were assigned to a one-rep max attempt on the bench press and the squat, two fundamental compound lifts. The researchers obtained body composition data and ultrasonography of the subjects during the first testing session to establish baselines. An ultrasonography is a type of ultrasound imaging technique for muscles, tendons and joints. 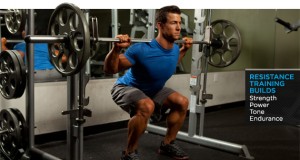 After an eight week trial of PA-supplementation, in which the subjects were asked perform a four-day per week resistance training protocol comprised of exercises using 70% of their one-rep max, researchers conducted a second body composition and ultrasonography test. The subjects were also asked to perform a second one-rep max attempt on the bench press and the squat. Both groups increased their squatting strength, the PA-supplementing group more so than the placebo group at 12.7% and 9.3%, respectively. As for body composition changes, the PA group achieved a 2.6% increase in lean body mass, while placebo group only gained 0.1%. These findings suggest that PA has an anabolic effect on resistance trained men, in addition to increasing lower body strength, when combined with a resistance training protocol consisting of exercises performed at 70% of one-rep max.

It is possible that the anabolic effect of PA documented in the study may have been due to an enhancement of mTOR via PA’s signaling ability. Research by the Pennsylvania State University College of Medicine has suggested that PA binds to mTOR and enhances mTORC1 activity, so this could very well be the mechanism of action that leads to PA’s anabolic effect. mTORC1 is one of two multi-protein complexes that make-up mTOR, the other complex being mTORC2.

Although the research on phosphatidic acid and its potential non-hormonal anabolic effects is still in the preliminary stages, this compound looks very promising. Don’t be surprised if PA begins to pop up on supplement ingredients lists in the near future. The next anabolic breakthrough may have just arrived.

Richard Choueiri is a professional writer specializing in fitness, nutrition and health. His work has been featured on over 10 major online and print publications. He is the author of The Human Statue Workout: Your 365 Day-a-Year Guide to Transforming Your Body Into a Masterpiece. Richard double majored in exercise science and nutritional science at Rutgers University. He holds a personal trainer certification through the American College of Sports Medicine.  Richard has over a decade of training experience.