Athletes are always looking for a competitive edge to improve athletic performance. Whether the end result is a 5- to 10-lb. increase in muscle mass, less muscle soreness, or a reduction in body fat, athletes will go the extra mile to find that edge. Gaining an 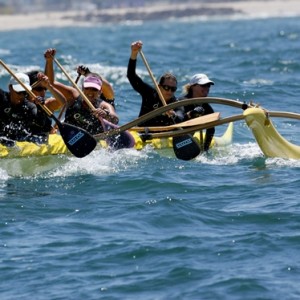 advantage over the opponent could mean winning a gold medal, making the final shot, or having the energy to outlast a competitor on the mat or in the ring. In addition to a balanced diet, athletes are turning to dietary supplements to gain that advantage. Popular supplements such as creatine, branched chain amino acids (BCAA’s), HMB, beta-alanine, and caffeine have been widely used throughout the athletic community.  One supplement that has gained the attention of athletes is fish oil.

The growth of fish oil use among consumers has been quite impressive, as sales have risen from $425 million in 2007 to $1 billion dollars in 2012. Widely touted for its beneficial effects for cardiovascular health, fish oil has not been considered an essential piece in an athlete’s supplement regimen. In this article, I will discuss why fish oil is a critical piece to help athletes gain that competitive edge and stay in the game.

Healthy Joints, Range of Motion – Whether you’re participating in a year-round strength and conditioning program, playing multiple sports, or training at a high intensity, your muscles, joints, and tissues will experience inflammation (i.e. swelling, soreness, and redness). Inflammation is not necessarily a bad thing as this is a critical component of the recovery process. At the same time, acute and chronic inflammation may augment muscle soreness which can limit range of motion and potentially impair athletic performance. In addition, the American diet is saturated with omega-6 rich foods (fried foods, vegetable and soybean oils, salad dressings, potato chips, etc.) that promote inflammation. A diet rich in omega-3 essential fatty acids from fish (salmon, mackerel, halibut, anchovies) and/or from fish oil supplementation, can balance the effects of a diet high in omega-6 fatty acids. A study by Bloomer et al. demonstrated 4 grams of omega-3 fatty acids (2224 mg EPA + 2208 mg DHA) reduces markers of inflammation (i.e. CRP and TNF-alpha) after an intense exercise session (i.e. 60 min treadmill climb with weighted backpack). (1) 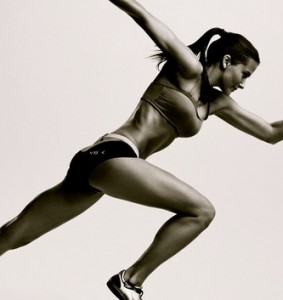 Improve Body Composition – Most people don’t expect to read about consuming fat and losing body fat in the same sentence. The essential fatty acids in fish oil (EPA and DHA) were studied in numerous animal models throughout the 80s and 90s and demonstrated a reduction in body fat (2,3) and a prevention of adipose tissue growth (4-6). Does fish oil have the same effect in humans? A study was conducted in which young, non-obese males were given 6 grams of fish oil (1100 mg EPA and 700 mg DHA) in place of 6 grams of butter, olive oil, peanut oil, or sunflower oil. After three weeks, subjects experienced a significant increase in fat oxidation and a 1.94 lb decrease in body fat (7).  In a more recent study, young men and women were give 4 grams of fish oil per day (1600 mg EPA and 800 mg DHA) for six weeks vs. 4 grams of safflower oil in the placebo group. The fish oil group lost 0.5 kg of fat mass and gained 0.5 g of lean mass whereas the safflower oil group showed a tendency to gain fat mass. (8).  The mechanism of action between fish oil and fat loss seems to be related to its ability to improve insulin sensitivity which improves fat burning and inhibits fat storage (9,10). Furthermore, studies have also shown fish oil supplementation can reduce the stress hormone cortisol (11), which when elevated, can result in a significant increase in fat mass (12).

Muscle Growth – Creatine, beta-alanine, HMB, and the amino acid leucine have held the title as the most popular supplements used by athletes to improve muscle strength, size, and endurance.  It’s time to include omega-3 fish oil supplementation in that discussion as new science has emerged examining its anabolic potential. A recent study demonstrated 4 grams of fish oil supplementation (1.86 g EPA and 1.5 g DHA) increased protein synthesis, mTOR signaling pathway (key for muscle growth), and the muscle/protein DNA ratio (i.e. muscle cell size) (13). A similar protocol was used by the same research team to see if these effects were the same in adults over 65. Remarkably, 4 grams of fish oil supplementation increased the muscle protein synthesis response in elderly adults. (14). 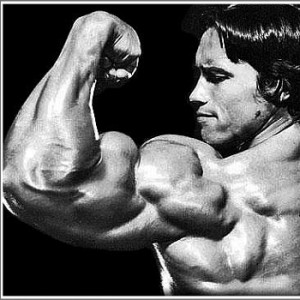 How Much to Take? – The levels of omega-3 fats in your body will vary depending on the amount of omega-3 rich fish you eat or the amount of fish oil you take as a supplement. Based on the scientific evidence reported in this article, it seems 3-4 grams per day (1.5 to 2 grams of EPA and 1.5 to 2 grams of DHA) is the ideal dosage to improve joint mobility, improve body composition, and augment muscle growth.

To optimize your omega-3 levels in your blood, while also focusing on improving markers of athletic performance, take 2 grams of fish oil before and after an intense training session. For athletes participating at the collegiate, professional, or Olympic level, to reduce your risk of testing positive for a banned substance, you want a fish oil that has been tested for Sport by NSF (www.nsfsport.com), such as Nordic Naturals Ultimate Omega-D3 Sport®.

BIO: One of the leading sports nutritionist in the industry, Tavis Piattoly is the Sports 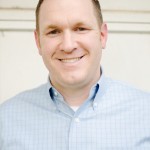 Dietitian for Tulane Athletics and the NFLPA Brain and Body Trust Program. He served as the Nutritionist for the New Orleans Saints from 2006 to 2013. He works with athletes at all levels, designing nutrition programs for peak performance. An expert on sports supplements, Tavis speaks on supplement safety for young athletes. www.mysportsdconnect.com

Wanna lose weight? Take some Omega-3, Have joint pain? Take Omega-3s, Depressed? Omega-3!! Overweight, underweight, building muscle, slimming down… Omega-3s seem to be the answer to anything and everything. Even though Omega-3 fatty acids have been making headlines, you might not understand why you need them.  Are these fats really that amazing? Here’s a rundown of the essential Omega-3 facts every athlete should know. There are three primary types of omega-3 fatty acids that come from foods. These are ALAs, or alpha-linolenic acids, EPAs, eicosapentaenoic acids, or DHAs, or docosahexaenoic acids. Once consumed, the body converts ALA to EPA and DHA, the two kinds of omega-3 fatty acids that can be more readily harnessed and used by the body. Epidemiological studies show that people in Western Countries consume a diet rich in Omega-6, therefore resulting in a disruption of the bodies’ Omega-6/Omega-3 balance. On average, American diets are up to 25 times higher in omega-6s than omega-3s. Scientists attribute an unbalanced diet of Omega-3 and Omega-6 to an increase in chronic inflammation and even cancer.  Omega-3s, mostly DHA and EPA, share strong anti-inflammatory properties that function by blocking various signaling pathways in the cell. Omega-3s may enhance cardiovascular health, lower triglycerides, glucose metabolism and regulate immune cells. Researchers demonstrate that Omega-3s have catabolic and anabolic effects. 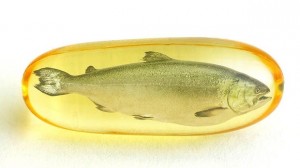 take Omega-3s. A bit confusing.  How can you eat fat to lose fat? Physiologically, there are several possible mechanisms by which addition of Omega-3s to the athlete’s diet can result in fat loss. Studies show that Omega-3s can act as appetite suppressants by reducing insulin resistance and affecting the body’s tolerance to glucose. Remember, reducing your insulin levels also means that your body’s preferred fuel becomes fat. Further biochemical studies published a correlation between increased Omega-3s consumption and fat oxidation, or fat loss. Another research group reported that Omega-3s have an effect on hemodynamics. Results from that study illustrate increased blood flow to muscles during exercise with increased Omega-3 consumption which also again increases fat loss.

Loss of muscle is a problem athletes and older individuals face. As previously mentioned, dietary Omega-3s have anabolic properties and can contribute to muscle hypertrophy. The anabolic effects of Omega-3s are noted particularly when ingested in combination with high-protein meals by athletes following a fasting regimen (Intermittent fasting, for example)/post hypoinsulinemia.  Omega-3s stimulate muscle protein synthesis (MPS), which may be useful not only for athletes, but also for the prevention and treatment of sarcopenia, or muscle loss associated with aging. Reports of increased anabolic biomarkers expression in response to Omega-3 supplementations, confirm the importance of Omega-3s in muscle hypertrophy. Interestingly, the anabolic biomarkers that were affected by Omega-3s supplementation were the same biomarkers stimulated in response to weight training (Rheb/vps34 expression). A study measuring Leucine resistance (marker of muscle loss/related to aging) shows a decrease in Leucine resistance in response to Omega-3 consumption, therefore suggesting an increase in protein synthesis. Interestingly, muscle protein synthesis rate was increased by ~50%-120% post omega-3 supplementation. That same group reported an increase in the total anabolic signaling pathway (mTOR) in response to Omega-3 consumption post-fasting.

Where can you get Omega-3s from? 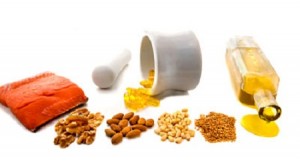 How much Omega-3s do Athletes need?

The needs are tailored individually but range from 1.5g to 3g of Omega-3s/day. Make sure the omega-3 supplement you purchase has about 120mg of EPA and 180mg DHA on the label, a total of 300 mg/capsule. In that case, you will be needing 2 capsules with each meal or about 10 a day. Seems a lot? If you eat a diet rich in fatty fish such as salmon, you would not need to increase your omega-3s intake.

Chantal Charo  is an Assistant Professor of Physiology, a Sports Nutritionist and a Medical Writer from Miami, FL.  Her interdisciplinary biomedical research particularly focuses on gastrointestinal diseases, such as diabetes, pancreatic cancer and the role of insulin resistance in pathophysiology. Dr. Charo is also involved in numerous clinical trial in her field and has most recently completed a trial on NSAIDs and pancreatic diseases. Chantal earned her Ph.Ds. in Biomedical Sciences and Cancer Biology from the prestigious University of Texas Houston and the UT MD Anderson Cancer Center. As sports nutritionist Dr. Charo has trained with leading supplement companies across the United States by researching ways to target insulin resistance and hormonal balance in women, as well as the Euthyroid Sick syndrome and the female athlete. Chantal hosts a medical segment on a local daily talk show which aims at promoting awareness to women and combating health illiteracy. In support of her research, Chantal has received fellowships from National Cancer Institute, the National Institute of Health and more. She is a Fellow of the American Association of Cancer Researchers, the American Pancreatic Association and the American Breast Cancer Association, and was the recipient for many outstanding scientist awards. The link to Dr. Charo’s sports nutrition clinic is www.facebook.com/sportsnutritionclinic