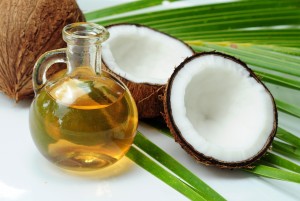 Coconut oil has been acclaimed to be associated with a wide array of health benefits such as: hair/skin care, weight loss, stress relief, increased immunity, relief from kidney problems, HIV and cancer, bone strength, maintenance of cholesterol levels and much more. But, only limited research has been done on this particular oil.  Although many of the components (lipids/fatty acids) that make up this fruit’s oil have been known to fulfill such claims, the BIG question is…. does the oil itself prove to do the same?

Coconut oil composition— The benefits of coconut oil can be attributed to its unique combination of essential components. Coconut oil is 92% saturated fat, but unlike other saturated fats, such as from animal and dairy products, coconut oil is composed of a majority of medium chain triglycerides (MCT). The main MCT’s in coconut oil are: lauric acid (44-52%), palmitic acid (8-11%), and myristic acid (13-19%). The liver metabolizes these MCT’s very fast, similar to how the liver metabolizes carbohydrates just without the insulin spike, and MCT’s raise LDL-, HDL- and total-cholesterol. This is even why MCT’s are used in infant formulas and used to nourish hospital patients. In addition, other organic acids that are present in coconut oil, such as capric acid and caprylic acid, support health and overall quality of life through their antimicrobial, antioxidant, antifungal, antibacterial and soothing properties. The interesting thing about coconut oil is that you can receive certain benefits through consumption (dietary) and topical application.

Should you eat it? Or, should you apply it to your skin? (Dietary Vs. Topical)

Let’s go over the Dietary Benefits/Claims:

Boosts Immunity—The antimicrobial lipids (lauric acid, capric acid and caprylic acid) have antifungal, antibacterial and antiviral properties. Registered dietitian and sports dietitian Kristy Richardson explains that the body converts lauric acid to monolaurin, which is thought to be an anti-viral and anti-bacterial and can help boost immunity. Monolaurin is claimed to help in dealing with viruses and bacteria causing diseases such as herpes, influenza, cytomegalovirus and HIV. A study done on coconut oil in health and disease and specifically its potential as a cure for HIV/AIDS (Dayrit, 2000) shows how coconut oil plays an instrumental role in reducing viral susceptibility of HIV and cancer patients, and this preliminary research has shown the effect of coconut oil on reducing the viral load of HIV patients. In addition, according to the Coconut Research Center, coconut oil kills viruses that cause the above diseases as well as measles, hepatitis and SARS also killing bacterial that cause ulcers, throat infections, urinary tract infection and pneumonia.

Cholesterol Levels—Research on Pacific Island and Asian populations whose diets are naturally very high in coconut oil has shown unexpectedly low rates of heart disease. But, these populations also eat a mostly plant-based diet (opposed to a Western Diet) and are far more active than the average American, making a direct cause and effect comparison rather bias if the two populations were to be compared. 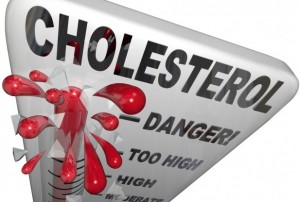 One study, in the Journal of Lipids found that women with too much abdominal fat (waist size >35”) paired with consumption of coconut oil while following a low-calorie diet and walking almost an hour a day raised HDL and lowered belly fat more than a diet using soybean oil. Another larger study of Filipino women showed association between coconut oil intake and higher levels of HDL and no significant association with “bad” LDL-cholesterol. These findings reveal that there could be a link between coconut oil consumption and increase of HDL along with a decrease in fat mass. However, studies to date are limited and inconsistent. Much more research must be done to land on a solid conclusion to determine the accurate and true relationship between coconut oil and weight loss paired with cholesterol levels/ratios.

Weight loss & Digestion—Coconut oil contains short and medium chain fatty acids that aid in improving weight loss and digestion. It supports healthy functioning of the thyroid and enzyme systems while reducing stress on the pancreas by increasing body metabolism. Most vegetable or seed oils are comprised of long-chain fatty acids (LCT’s), and these molecules are difficult to break down, thus they are predominantly stored as fat.

Coconut oil has also been found to help in the prevention of various stomach and digestion related problems including chronic fatigue syndrome, IBS, and Crohn’s disease. However, there is insufficient evidence (limited number of studies) to rate its true effectiveness.

Cooking: Put on the Heat!—Coconut oil, with a smoke point of up to 450°F, is high in vitamin E and stable enough to resist heat-induced damage while cooking. Other vegetable oils, such as olive oil, have a lower smoke point up to 405°F, and if the range is higher than an oil’s smoke point, the fatty acids can be damaged. This is why coconut oil is great for cooking—it’s a heat-stable oil. It is also solid at room temperature as it is composed of mostly saturated fats; therefore, its lack of polyunsaturated fatty acids (PUFA’s) actually allows it to be stored for a longer duration, increasing its shelf life, due to a slower rancidification rate.

Let’s go over the Topical Benefits/Claims:

Skin and Hair Care—Want silky, smooth, shiny hair? Well, coconut oil can help you in this department! Regular massage of the head with coconut oil moisturizes your scalp with its oils. It is used extensively in the Indian sub-continent for hair care. It can act as an excellent conditioner and aid in re-growth of damaged hair by providing essential proteins for nourishing damaged hair. This is why it is used in the manufacturing of various conditioners, and dandruff relief creams.

Coconut oil has also been found to be an effective moisturizer on all types of skins (especially drier skin types) and is comparable to that of mineral oil. But, unlike mineral oil there is zero chance of adverse side effects when applying coconut oil to your skin. Furthermore, there are claims that it delays wrinkles from aging, which can be due to its oil composition as well as its antioxidant properties.

Physiologist and biochemist Ray Peat, Ph.D. considers coconut oil to be an antioxidant due to its stability and resistance to oxidation and free radical formation. In addition, coconut oil has been used in the treatment of various skin problems including psoriasis, dermatitis, eczema, and other skin infections. It also forms a major ingredient in many body care products—soaps, lotions, and creams.

Stress Relief – Due to its soothing effects, coconut oil has been found to help relieve and tame stress. Apply coconut oil to the head followed with gentle massage, and this could help in removing mental fatigue and anxiety.

There is much controversy over this unique oil. As we all know, coconut oil is very high in saturated fat, and this shadows its potential health and therapeutic benefits on the body.

For those trying to determine if coconut oil is everything it’s been “mocked” up to be, Kristy Richardson gives her recommendation, “Continue to follow the Academy of Nutrition and Dietetics recommendations to limit saturated fat intake to less than 10% of total calories from fat. For vegans or people who prefer the taste and flavor, coconut oil adds to dishes and baked goods so it can be a good replacement for butter or Crisco.” The Academy of Nutrition and Dietetics recommends limiting intake of saturated fats, trans fats and cholesterol, and to replace saturated fat with mono- or polyunsaturated fats as much as possible while increasing intake of omega-3 fatty acids.

Richardson further explains that small amounts of coconut oil in the diet are probably not harmful, however, “research is so limited and there is no concrete scientific evidence to support all of the coconut health benefit claims.” When asked if she recommends coconut oil to her clients she said, “Coconut oil can be a good replacement for less healthy saturated and trans fats, but the key is replacement and substitution, not addition.”

Topical Vs. Dietary Overall Conclusions:  The Skinny on this Type of Fat

The benefits (skin and hair care) that come of topical application of coconut oil seem to be safe and effective if used on a regular basis. This can also be a far less expensive treatment when compared to most other hair and skin care treatments.

The rule of thumb– “Be careful consuming, when assuming.” Consuming a product can have many consequences, side effects and repercussions when health claims are made without substantial evidence to back them up. This is why we need to be cautious and avoid being too quick to believe everything and anything we see, read and hear.

In the realm of coconut oil, research is very limited, thus far. “There is simply not enough evidence to substantiate any sweeping claims for coconut oil,” says Evelyn Tribole, a dietitian and author of The Ultimate Omega-3 Diet. As Tribole explains, “We can’t just look at classes of fat, we have to look at the individual type of fat.” She further explains that she wouldn’t go out of her way to add it to her diet, but in small amounts this oil is a great way to add flavor to foods you make at home.

Inadequate exploration of coconut oil leaves us hanging without definite answers. But, there are reasons why this oil is sparking up new questions, which calls on research to do its job best. Until we can bring merit to all of its health benefits, the Academy of Nutrition and Dietetics (AND) and registered dietitians say, “We should substitute other oils and saturated/trans fats with coconut oil rather than make it an addition to our diets.” So, all-in-all, coco-yes or coco-no? Certainty will come with time.

Brooke has devoted her life to research and the practical application of dietetics and sports nutrition. She has been involved in competitive sports throughout her entire life, including 14 years of professional figure skating. But, it wasn’t until she began competing in figure and fitness competitions where she realized her true passion for the field of sports nutrition, and that was the spark that set the stage for the rest of her life! She believes that there’s nothing better than helping someone achieve a successful and positive physical and mental—full-body–transformation. She will soon be a registered dietitian and plans on focusing her efforts on bridging the gap between sports nutrition research and sport nutrition practice.

Dayrit, CS. (2000). Coconut oil in health and disease: Its and monolaurin’s potential     as cure for HIV/AIDS. Retrieved from     http://www.apccsec.org/document/Dayrit.PDF.

Peat, R. Why is coconut oil for skin so beneficial? Retrieved from http://www.be-healthy-with-coconuts.com/coconut-oil-for-skin.html.