By Nancy Angelopoulou.  Three to four years ago, exercise scientists said that they have stumbled on an amazing discovery for endurance athletes. Specifically, athletes could improve their performance in intense bouts of exercise, lasting an hour or so, if they just rinse their mouths with a carbohydrate solution, without even swallowing it. From then, more and more research is being conducted on this topic to find out how and when exactly this amazing technique works! 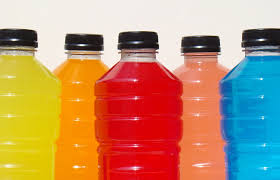 But let’s put things on a row…It is already known that the consumption of sports drinks during prolonged exercise (> 1 hour) improves athletic performance (1,2). Specifically, these drinks replace the energy and fluids lost during exercise by providing a ready fuel for the working muscles. Several studies, however, have also reported that ingestion of carbohydrates before and during exercise of a relative short (~1h) and intense nature (>75%VO2max) leads to performance improvements (3,4,5). Moreover, benefits to performance have been reported in both cycling (3,4) and running (5). It has been suggested that a higher glucose oxidation rate caused by carbohydrate ingestion and that explains the improvement. However, Jeukendrup and colleagues (3) argued that this is not the case in high intensity exercise, as it was estimated that only 5-15g of exogenous carbohydrate are used during the first hour of exercise. This relatively small contribution to the total carbohydrate oxidation rate was thought too small to affect performance. Despite the lack of a clear metabolic rationale, both carbohydrates and fluids have been reported to enhance time trial performance independently (7). Below and his colleagues (1995) have already proved that providing both fluid and carbohydrate improved cycling time trial performance by approximately 6% compared to placebo. Additionally, the beneficial effect of fluid and carbohydrate ingestion during this type of exercise was reported to be additive. Although improvements from fluids were attributed to maintaining a higher cardiac output and attenuating the increases in core temperature and heart rate, carbohydrates did not find to influence neither core temperature nor heart rate. Furthermore, there were not found any significant effects of carbohydrate ingestion on blood glucose concentrations or carbohydrate oxidation rates. Thus, there was no clear metabolic explanation for the performance improvement by carbohydrates.

This unexplained phenomenon of a clear metabolic benefit when subjects ingest carbohydrate during short duration and intense exercise has led authors to hypothesize that carbohydrate may influence “central” or “non-metabolic” pathways during exercise. To investigate this potential central effect of carbohydrate on performance, authors have focused on the provision of glucose or fluid to the peripheral circulation by asking their subjects to simply mouth rinse the carbohydrate solution instead of ingesting it, during 1 hour running or cycling under laboratory conditions. These drinks according to researchers were well known commercial drinks (Lucozade, Gatorade, etc.) or non-flavored drinks (maltodextrin). Despite some differences in: the taste of drinks, the protocols used and the different type of exercise tested, the results were very positive, showing that having simply carbohydrates in the mouth, athletes managed to improve their performance as much as 3% (8,9). Moreover, one of the studies used functional magnetic resonance imaging to find out which regions of the brain are affected when rinsing these drinks during exercise. Researchers from this study demonstrated that the positive effects of carbohydrate mouth rinsing probably occurred due to receptors in the mouth that modulate central brain pathways associated with motivation (Figure 1). This consecutively impacts on the self-selection of exercise intensities during time trial performance. However, it is important to mention that the concentrations of glucose and maltodextrin solution used in these MRI studies have been more concentrated (18%) than the solutions used in studies that have shown a performance improvement (6-6.4%). Even so, these studies provide a significant insight into the brain response to the presence of carbohydrate in the mouth. 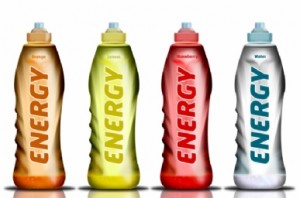 However, a recent study at the University of Maastricht in the Netherlands (10) reported that performance benefits associated with carbohydrate mouth rinsing are not apparent following the consumption of a pre-exercise meal. What happened, they asked, if athletes ate breakfast before rinsing with carbohydrates; because no athlete under normal circumstances would stay “hungry” before participating in important events. Moreover, the positive effects of mouth rinsing sport drinks failed also to show evidence from a recent study conducted in Harokopio University (11), led by Dr. Arnaoutis & Dr. Kavouras. The researchers examined the role of «mouth rinse» in dehydrated athletes. The results demonstrated that ingestion of even a small amount of water increased exercise time in dehydrated subjects possibly through activation of pharyngeal receptors.

To date, for any athlete who is considering to try the above technique, keep in mind these tips below, which are based on the latest research summary:

1) Mouth rinsing sports drinks can improve the performance of one hour or less duration endurance exercise even when athletes do not swallow them.

2) If you are about to use this technique, you must follow it every 10 minutes.

3) The concentration of the drinks that have proved so far that they act positively are of 6% .

4) If you have eaten your meal 1-2 hours before your race, the technique of «mouth rinse» might not have the desired and expected effects.

5) Of course, spitting out a carb rinse won’t satisfy hunger, so endurance athletes are probably better off getting the added nutrition from eating or drinking during a race.

6) Carbohydrate mouth rinse is not beneficial for maximal sprint performance.

7) If you’re already dehydrated even before you start your race, consuming even small amounts of water during exercise is more beneficial than just rinsing it.

8) No eating, no wrappers, no muscle cramps, just gargle and spit!

About the Author: Nancy Angelopoulou, MSc

Nancy obtained her BSc on Nutritional and Dietetics sciences from Harokopio University of Athens. Last year she completed her Masters of Science in Sports and Exercise Nutrition from Leeds Metropolitan University, where her research focused on investigating the effect of varying concentrations of carbohydrate beverages during endurance exercise. She has been involved in competitive sports throughout her entire life, including 12 years of professional Swimming. Currently Nancy lives and works in United Kingdom as a fitness and nutrition advisor as well as a nutritional supplement advisor at the UK’s biggest online sports Nutrition Company “Powerbody.co.uk”. Moreover, she will soon be a registered Sport nutritionist and plans on focusing her efforts on nutritional support and training of obese people, the nutritional needs of athletes and generally the promotion of physical and mental performance through diet and exercise. She has been influenced by scientists such as Alan Aragon, Robert Sapolsky, Jamie Hale and Asker Jeukendrup.