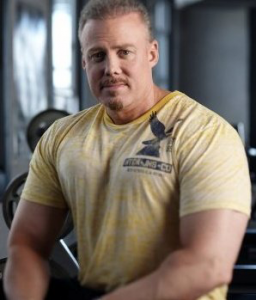 SNI:  Is the supplement industry regulated?

Rick Collins: The simple answer is yes.  Despite claims from critics that the FDA is handcuffed from regulating the supplement industry, the FDA actually has all the authority it needs.  Are the products at your local health food store or online supplement retailer pre-approved by armed guards or inspectors at the FDA before coming to market?  No, but there’s a reason for that.  Under a 1994 law called the Dietary Supplement Health and Education Act (“DSHEA”), supplements are treated like foods, not drugs.  Why?  It’s because unlike pharmaceuticals, the ingredients in supplements have already been in our diets, so they have a presumed built-in safety history.  Most supplement companies market products that comply with the law, and recently the FDA has been using DSHEA to go after companies that don’t.  My law firm has been representing some supplement companies dealing with this legal issue (find out more about us at www.supplementcounsel.com).

SNI:  What exactly are GMPs? Can’t I just make supplements in my bathroom?

Rick Collins: You can mostly do what you like in your bathroom.  I don’t want to know about it, lol.  But if you try to market whatever you make in there as supplements, you’ll need to comply with the law.  The 1994 law I previously mentioned has always authorized the Government to issue regulations prescribing good manufacturing practices (“GMPs”) specifically for supplements, rather than the generic ones that apply to all foods.  The FDA issued a proposed rule about GMPs back in 1997.  But then it let 10 years go by – despite repeated demands from Congress and industry – before issuing its final rule on the subject.  The GMP rule means that the supplement products we buy are required to meet government standards to show they’re free of contamination and contain exactly what the label says.  Companies have to test the purity, strength and composition of their supplements.  So, I’m not optimistic about your ability to make lawful supplements in your bathtub.

SNI:  What’s the difference between a functional food and a dietary supplement?

Rick Collins: After my very first bodybuilding competition, many years ago, I left the venue with my trophy and some friends and went to a restaurant. I was mentally and physically drained from weeks of strict dieting, and I was out of my mind with ravenous hunger.  I wanted to eat everything on the menu.  I was ready to eat the silverware!  I ordered a twin cheeseburger platter with fries and then a monster-sized ice cream sundae with tons of whipped cream and every imaginable topping.  I ate and ate until I felt ready to explode.  Then I started to feel queasy.  I almost never throw up; I’m known for having a cast iron stomach.  But I went outside and only got as far as the parking lot before I lost it all.  I never did that again after a show!

SNI:  What’s a typical ‘clean’ meal that you eat?

Rick Collins: I pretty much follow the eating principles or “Fuel Rules” explained in the fitness book I co-authored, Alpha Male Challenge (www.alphamalechallenge.com).  I usually have two protein shakes a day along with three meals, and I pretty much eat “clean” most every day.  A typical lunch would be a Greek salad with chicken breast or a ham, spinach and feta (mostly egg white) omelet.  I also like sushi, with a mix of sashimi and brown rice sushi.  I don’t eat much bread, pasta or cereal for the reasons detailed in my book.  A typical dinner would be meat or fish with lots of veggies.  I snack on nuts or fruit.  I’d call it an updated Paleolithic diet, incorporating modern sports nutrition knowledge.  It seems to work for me very well, cause I’m stronger now on most lifts than when I was competing in bodybuilding many years ago.  You can read more at www.truealphatraining.com.

Rick Collins: White bread, white pasta and white rice are great for building a body … if the body you want to build is shaped like an apple or pear.  It’s the perfect recipe for ladies who like lots of baggy fat hanging from their hips and thighs, and guys who like great big muffin tops spilling over their belt lines.  But for the rest of us, who are looking to build strong and functional bodies with lots of lean muscle instead of flab, it’s a disaster.  Highly processed refined carbohydrate products like white bread should have no place on your menu.  How did bread become such a big part of the modern diet, anyway?  Our genetic ancestors only began agriculture less than 10,000 years ago – a relative blink of the eye in the evolutionary history of our species.  Over the million years before that, we ate meat, fish, vegetables, fruit, nuts and seeds.  So that’s what our digestive systems have been designed to eat.  Why mess it up?

SNI Bonus:  If you could be a superhero, who would it be and why?

Rick Collins: Batman was too dark and troubled, Superman was too goody-goody, and the Hulk likely had some personal hygiene issues.  Ironman had a bum ticker.  Captain America really had no superpowers – he just got injected with a super “serum” that transformed him from a weakling and military reject into a muscle-bound super-soldier that kicked Nazi butt.  I just wrote my latest Muscular Development column about Captain America, observing that the only real-life muscle-building, performance-enhancing serum being actively researched and developed at the time the character was created (1940) was the anabolic steroid testosterone.  So, you might think of good ol’ Captain America as our nation’s original “juicehead.” 😉 My favorite comic book as a kid was Conan – but he had no super powers.  So I think I’d have to go with the Flash.  With super speed, think how much I could accomplish in a day!  By the way, my charity skydives always make me feel like a superhero – hurtling through space at 120 mph to raise money for cancer research (check out www.leapforlife.org).  Blue skies!

Rick Collins, Esq., is a popular personality in the bodybuilding, health, fitness and nutrition communities. A successful lawyer, author, lecturer and magazine columnist, he is a partner in the law firm of Collins, McDonald & Gann, PC, in Mineola, New York. He was formerly a criminal prosecutor, personal trainer and film actor. As an attorney, he has been awarded the highest accolades for legal abilities and ethical standards (AV-rating) from the prestigious Martindale-Hubbell directory of lawyers, and he is listed in the Bar Register of Preeminent Lawyers.   Rick is a nationally Certified Strength and Conditioning Specialist (NSCA-CSCS) and a Fellow of the International Society of Sports Nutrition (www.theissn.org).  A former award-winning bodybuilder and co-owner of a personal training business, Rick has a lifelong dedication to fitness. He has integrated his devotion to strength and health into his hectic professional and personal schedule, and has recently authored a new book to share his insights and motivate others to reach and maintain “true alpha” excellence in an increasingly “beta” world. The definitive guide for men’s inner and outer top fitness, Alpha Male Challenge is published by Rodale, co-authored with James Villepigue, and is in bookstores everywhere and available online at www.alphamalechallenge.com.