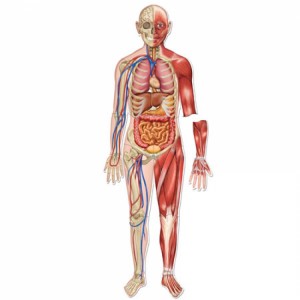 Dr. Scott: No. Like many living things we are absolutely dependent on and are continuously consuming oxygen at all times. Anaerobic metabolism serves to supplement aerobic metabolism when needed. For example when feats of strength, speed and power are required of muscle tissue.

SNI: If you had to give exercise advice to someone who wanted to lose the most fat mass, would your recommend HIIT or long slow duration endurance training? Why?

Dr. Scott: HIIT would be recommended for weight loss for the simple reason that it costs more. High intensity activities associated with strength, speed and power require aerobic and anaerobic energy expenditures to fuel the exercise periods and aerobic energy expenditure to fuel the recovery from those multiple intense exercise periods. Add this all up and the caloric costs can be substantial as compared to long slow endurance exercise.

SNI: What is the biggest misconception regarding human metabolism?

Dr. Scott: I’m under the impression that aerobic exercise (running or cycling long distances) is being used to explain the physiology of HIIT-types of activity. It is wrong to me that the energy costs of activities that likely contain a large “anaerobic” component are estimated via oxygen uptake measurements. Along these same lines we define an elevated oxygen uptake after aerobic exercise as excess post-exercise oxygen consumption (EPOC). Likewise after a single set of weight lifting a recovery oxygen uptake (EPOC) component is seen. Yet add another set to the previously mentioned weight lifting and the first recovery oxygen uptake component is now considered as part of exercise oxygen uptake, with the second recovery period now assuming the EPOC role (with multiple sets and exercises during resistance training, this format goes on and on and on…).

SNI:  You go to a state fair and you see more fat people than there are chopsticks in a Chinese restaurant convention. Put in the most simple terms, why are Americans so dang fat?

Dr. Scott: My take is our eating habits and many types of behavior associated with eating are the major culprit behind our overweight/obesity problem. Lack of exercise doesn’t help things either.

SNI:  Does your body process calories consumed in the evening versus the morning?

Dr. Scott: Circadium rhythms are real, with the possibility of having a multitude of effects on how different foods are processed over a 24-hr period. It’s also likely to be highly independent, being different among different people.

SNI’s Bonus fun question: If you could have superhero powers, what would they be and why?! I was always a fan of Spiderman. But after watching the Green Lantern (which was not that great of a movie) I got to thinking, “man, if I could have a ring that could create anything I could think up in my imagination…well, I’ll take one please”.

Christopher Scott PhD is an Associate Professor at the University of Southern Maine. Burrr..sounds cold.  Chris has spent considerable time as a working exercise physiologist: as a Research Associate at the Cooper Institute for Aerobic Research in Dallas, TX and in clinical medicine with two cardiology and pulmonary practices.  In his 9 years as a professor Chris has taught 15 classes within the College of Nursing and Exercise, Health and Sports Sciences Department. He is the sole author of a textbook on the subject: “A Primer for the Exercise and Nutrition Sciences: Thermodynamics, Bioenergetics, Metabolism” (Human Press, 2008). In a 5-star ranking this textbook was recommended for “…its exposition of the thermodynamics of living systems and in particular for its renewed emphasis on the idea that matter and energy changes are largely driven by gradients. We found Chapter 10 most instructive due to the quantitative perspectives on both the enthalpy and entropy changes in glycolysis. Most standard texts deal only with Gibbs free energy changes with the result that it is not obvious where the energy for ATP synthesis comes from during this process. Scott makes it clear in Table 10.1 that entropy changes are important. In addition, the concluding deliberations on energy expenditures during different physiological states are thought-provoking.” His BS was from Springfield College, MS from the University of Arizona and he holds a PhD in Zoology and Physiology from the University of Wyoming. http://www.anaerobicenergyexpenditure.com/professorscott.html