Does nutritional advice raise an issue of Free Speech?  A recent Fourth Circuit case from North Carolina should be of interest to the nutrition community as it moves forward through the court system [Cooksey v. Futrell, et al, http://www.ij.org/images/pdf_folder/first_amendment/paleo/paleo-4th-opinion.pdf].  The relevant facts and Court’s holding follow. 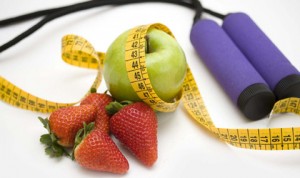 In 2009, Steve Cooksey was rushed to the hospital in a diabetic coma.  Diagnosed with Type II diabetes, he was advised by licensed dietitians to eat a diet high in carbohydrates and low in fat.  Instead, he adopted a “Paleolithic diet” high in fat and low in carbohydrates.  On this regimen, he purportedly dropped 78 pounds, ceased need for medications, and regained his health.  The following year, he launched a website now called “Diabetes Warrior.”   The site contained a disclaimer that Cooksey was not a licensed medical professional and did not have any formal medical education or special dietary qualifications.  The site promoted the high fat/low carbohydrate diet and Paleo lifestyle to combat obesity and diabetes.

Cooksey’s website had three relevant components: (1) a free advice column of visitor questions and his answers; (2) a free “Personal Dietary Mentoring” section, in which visitors would post questions or share stories and he would respond; and (3) a fee-based diabetes coaching service, in which Cooksey provided individualized advice on the Paleo diet.

Cooksey came to the attention of the North Carolina Board of Dietetics/Nutrition when he attended a nutritional seminar on diabetes and expressed dissenting opinions during the question-and-answer segment of the seminar.  Someone present at the seminar reported Cooksey to the Board, which is charged with administering North Carolina’s Dietetics/Nutrition Practice Act, claiming that Cooksey was engaging in the unlicensed practice of dietetics – a Class 1 misdemeanor.  The Executive Director of the Board called Cooksey and told him that “he and his website were under investigation.”  He was told to take down the fee-based portion of his website and make other changes.  Cooksey reluctantly complied “because he feared civil and criminal action against him . . . .”  The State Board subsequently sent Cooksey documents with a red-pen review of his site, noting areas of “concern” with large red “X’s.”  He was told not to address “specific questions” or give specific advice (e.g., suggesting to a site visitor to introduce “whipping cream” into her diet).  He was told that having a meal plan on the site was permissible, but that “recommending it directly to people you speak to or who write you” requires a license.   Cooksey did not contact the Board further, but instead altered his website and “ceased expressing opinions in the form of personal dietary advice based on his fear of civil and criminal action against him by the State of North Carolina.”

Cooksey thereafter filed suit in the Western District of North Carolina, alleging the Board violated his First Amendment rights.  He claimed that restricting his speech in the advice 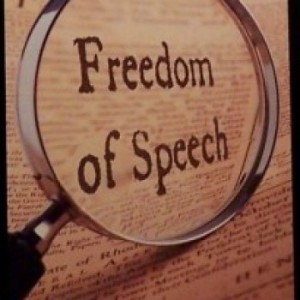 column, personal dietary mentoring, and the fee-based coaching sections of his site was an unconstitutional restriction and “chilling” of free speech.  The American Civil Liberties Union of North Carolina filed a friend-of-the-court brief in Cooksey’s support.  The Board filed a motion to dismiss for lack of standing and ripeness, and for failure to state a First Amendment claim.  Essentially, they argued that because they had issued no formal decision and Cooksey had voluntarily taken down the relevant sections of his site, Cooksey had suffered no actual injury – that he had no standing to raise a First Amendment claim and that such claim was premature.  The district court agreed and dismissed the complaint.

However, the three-judge appellate panel, which included retired Supreme Court Justice Sandra O’Connor, held that the district court erred in not analyzing Cooksey’s claims under the First Amendment standing framework.  The appellate court held that Cooksey had sufficiently satisfied the First Amendment injury requirement by showing that the State Board’s actions had an “objectively reasonable chilling effect on the advice and commentary he posted on his website.”   Thus, the district court’s order dismissing Cooksey’s complaint was vacated and the case was sent back to be considered on the merits.

What happens from here forward could have big implications not only for the nutritional community but for millions of other people who give free or paid advice over the Internet, as the court will now need to decide the case on First Amendment grounds.  How far can a licensing board or other government authority go in regulating or censoring speech?  And what is the proper balance between protecting the public and ensuring protected free speech?  Stay tuned for further proceedings in Cooksey’s case…

[© Rick Collins, 2013.  All rights reserved.  For informational purposes only, not to be construed as legal or medical advice. Rick Collins is Legal Counsel to the ISSN; visit Rick at www.rickcollins.com.]

BIO – Rick Collins, Esq., FISSN is a popular personality in the bodybuilding, health, fitness and nutrition communities. A successful lawyer, author, lecturer and magazine columnist, he is a partner in the law firm of Collins, McDonald & Gann, PC, in Mineola, New York. He was formerly a criminal prosecutor, personal trainer and film actor. As an attorney, he has been awarded the highest accolades for legal abilities and ethical standards (AV-rating) from the prestigious Martindale-Hubbell directory of lawyers, and he is listed in the Bar Register of Preeminent Lawyers.  Rick serves on the Advisory Board of the ISSN, www.theissn.org.