by Jose Antonio PhD FISSN – First let’s get the acronyms out of the way.  HIIT stands for

high-intensity interval training; LISS stands for low intensity steady state cardio.  HIIT is sometimes abbreviated HIT.  One form of training is hard and painful (HIIT) but doesn’t last as long whereas the other is not quite so painful (depending on how long you do it) but takes a longer amount of time.  Is one better than the other for losing fat?

I’ve always found this question a bit odd.  It’s like asking which wheel of the bicycle is more important. The front or the back one?  Uhhhh…they’re both important.

Now before I give you the punch line, what’s the data say?  With so many HIIT fanatics out there, one would think that doing LISS is a total waste of time.  First of all, let’s change the definition for a second.  I instead would call it SSC (stands for steady-state cardio).  Why?  Because there is this misguided impression that SSC has to be low intensity.  Try training with a collegiate distance runner on their ‘easy’ days.  SSC in that case could be a sub-6 min per mile pace for several miles.  You think that’s easy?  Low intensity?  Bwwaaaaah….You’re a fool if you think that’s easy.

So part of the answering the debate of SSC (LISS) vs HIIT is one of redefining SSC.  SSC can be quite difficult and painful.  If it is not, then you’re a jolly jogger and not a runner.  Or a jolly biker, paddler, swimmer, etc. You get the picture.

What’s the data say on SSC?

Let’s check out a few studies.   A long-term supervised aerobic exercise training program was administered to 41 obese children (21 boys, 20 girls; 11 years old). The 2-year training program was performed during the daily school life. Lean body mass increased throughout the 2 year study while the total body weight decreased; the weight loss is attributed to a 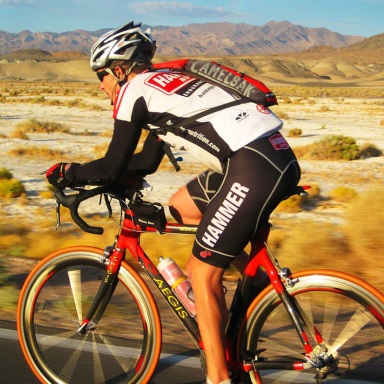 What if we directly compared high intensity interval training (HIIT) versus continuous aerobic exercise training (CONT)?  In 38 previously inactive overweight adults there was a significant reduction in android fat percentage in CONT but not HIIT. Wait.  I thought HIIT was soooo much better?  The authors stated that “HIIT may be advocated as a time-efficient strategy for eliciting comparable fitness benefits to traditional continuous exercise in inactive, overweight adults. However, in this population HIIT does not confer the same benefit to body fat levels as continuous exercise training.(2)”  Furthermore, aerobic exercise is an effective approach to reduce visceral fat besides in overweight male CKD patients.(3) 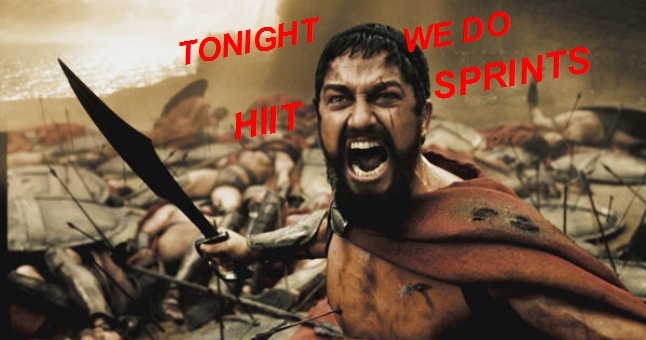 First of all, let’s get one thing clear.  HIIT is not a new way of training.  You can go back 70 years ago and find that famed distance runner, Emil Zatopek, was one of the first to utilize the interval training method.  HIIT has been used by endurance athletes for decades.  I find it somewhat amusing that folks in the ‘fitness industry’ feel like they’ve discovered some novel form of training.  It’s the greatest thing ever some exclaim.  Better than sliced bread, the zipper, and penicillin combined!  So what’s the deal with HIIT?  Does it burn fat fast?

In a recent study, HIIT was found to be more effective than SSC.  The HIIT folks are saying “See, I told you so!”   In this study, 54 people with intellectual disabilities (not your typical sample) were trained via: sprint interval training (n = 17), continuous aerobic training (n = 15) or control (n = 14). “Compared with continuous aerobic training, sprint interval training seems to result in better outcome.(6)”  Also, short-term low-volume HIT is a time-efficient strategy to improve body composition and muscle oxidative capacity in overweight/obese women.(7)  In a fairly large study, 60 female university students were randomly assigned to either a HIIT group, the moderate intensity continuous training (MICT) group or a non-training control group.  After 12 weeks of training, both type of training produced significant improvements in the subjects’ body composition, left ventricular ejection fraction, heart rate at rest, maximal oxygen uptake and ventilatory threshold. However, the HIIT group achieved better results than those in the MICT group, as it was evaluated by the amount of the effect size.(8)

I think the HIIT vs SSC (or LISS) debate is somewhat misguided.  If your goal is losing body fat and you don’t really give a shit about anything else, then by all means, you should do both.  They BOTH work.  Very few if any studies are performed on highly trained individuals.  So what we are left with is a smattering of studies on fat and/or out-of-shape people.  Heck, in that population, pretty much anything will work.  But if you’re a fitness maniac, then it’s a bit more difficult to lose fat to begin with.

But honestly, changing your diet is probably as important (if not more important) then either.  Doing HIIT is a great time-efficient way to train.  Doing HIIT too often will likely result in some degree of overtraining.  Let’s face it; to do HIIT correctly requires a high pain threshold.  It should hurt.  It should hurt a lot in fact!  SSC is good in that you can do it quite frequently without too great a risk of injury and/or overtraining.

So how much of each can or should you do?

Think of the 80:20 rule.  Elite endurance athletes perform 80% or more of their training as SSC (i.e. intensities below the lactate threshold) with the remaining 20% being interval training (i.e. HIIT).  It is intriguing in that when you look across a wide variety of endurance sports (i.e. cycling, running, rowing, cross-country skiing, etc), they all follow this distribution of training.  Coaches (and athletes) have somehow figured out that if HIIT exceeds more than 20% of your training volume, it would likely have a diminishing or detrimental effect.  Thus, if we were to borrow from the lessons of elite endurance athletes, I’d suggest that you limit your HIIT to no more than twice per week.  Any other cardio you do beyond that should be SSC.

Also, keep in mind that ‘cardio’ (i.e. SSC) doesn’t have to be that boring shit you see at the gym.  Does anyone actually like riding a stationary bike for an hour?  Doing the stairstepper?  Get your butt outside and try some non-traditional ‘cardio’ work.  You’ll be having so much fun that you won’t think twice about the HIIT vs SSC (or LISS) debate.